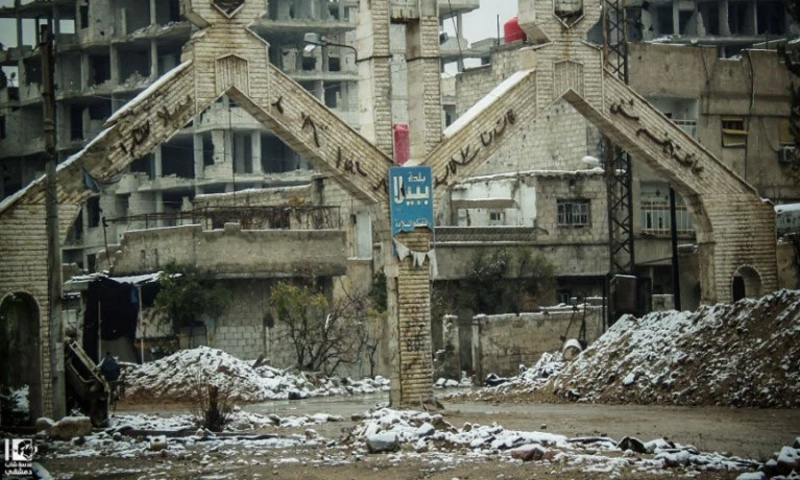 Assad’s forces prevented the entry of foodstuff into the towns south of Damascus while stopping the entry and exit of civilians between the districts of the capital.

The closure of the crossing follows disputes between one of the rebel groups and the reconciliation committee in the town of Babila, which has led to armed clashes between the two sides.

According to information published by the Action Group for Palestinians in Syria monitor, the dispute emerged after the head of the reconciliation committee in Babila, Anas al-Tawil, called for settling the fate of defectors and those who refused to serve in Assad’s forces.

Activists in southern Damascus said that the clashes were accompanied by a campaign of arrests carried out by rebel groups against loyalists of Tawil.

With the closure of the Babila-Sidi Mekdad crossing, the towns of southern Damascus are under siege once again, which can be exploited as a means of pressuring for more settlements in the Damascus region, leading to an expansion by Assad’s forces in the area.

The opposition currently controls the towns of Yelda, Babila, Beit Sahem, and Qadam where there has been a truce for years. These areas were included in the “de-escalation” agreements in October after Egypt entered as a sponsor.