Several skirmishes have been reported in recent months between jihadist factions and rebel groups in the area, Zaman al-Wasl reports 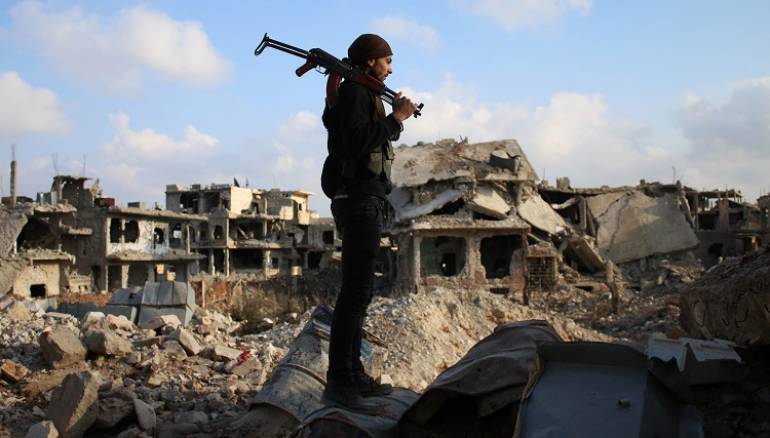 The Khaled Ibn al-Walid Army, an Islamic State (ISIS) affiliate in southern Syria, has launched a surprise attack on rebel bastions in the western countryside of Daraa city, local activists said on Thursday.

Rebels said they thwarted the attack on the villages of Hait and Sheikh Saad in the Yarmouk Basin after a counterattack on the militant group.

Several skirmishes have been reported in last few months between small jihadist factions and rebel groups in the area.

The Khaled Ibn al-Walid Army was formed in May 2016, and is an alliance of several jihadist groups, the largest of them the Yarmouk Martyrs Brigade, which is listed by Washington as a terrorist group.

At least 10 members of the Khaled Ibn al-Walid Army, along with two women believed to be the wives of fighters, were killed last October in Israeli airstrikes on the town of Saham al-Golan to the west of Daraa, AFP reported.

According to the Syrian Observatory for Human Rights monitoring group, the Army is estimated to have some 1,200 fighters and controls territory in western Daraa province along the border with the Israeli-occupied Golan Heights.