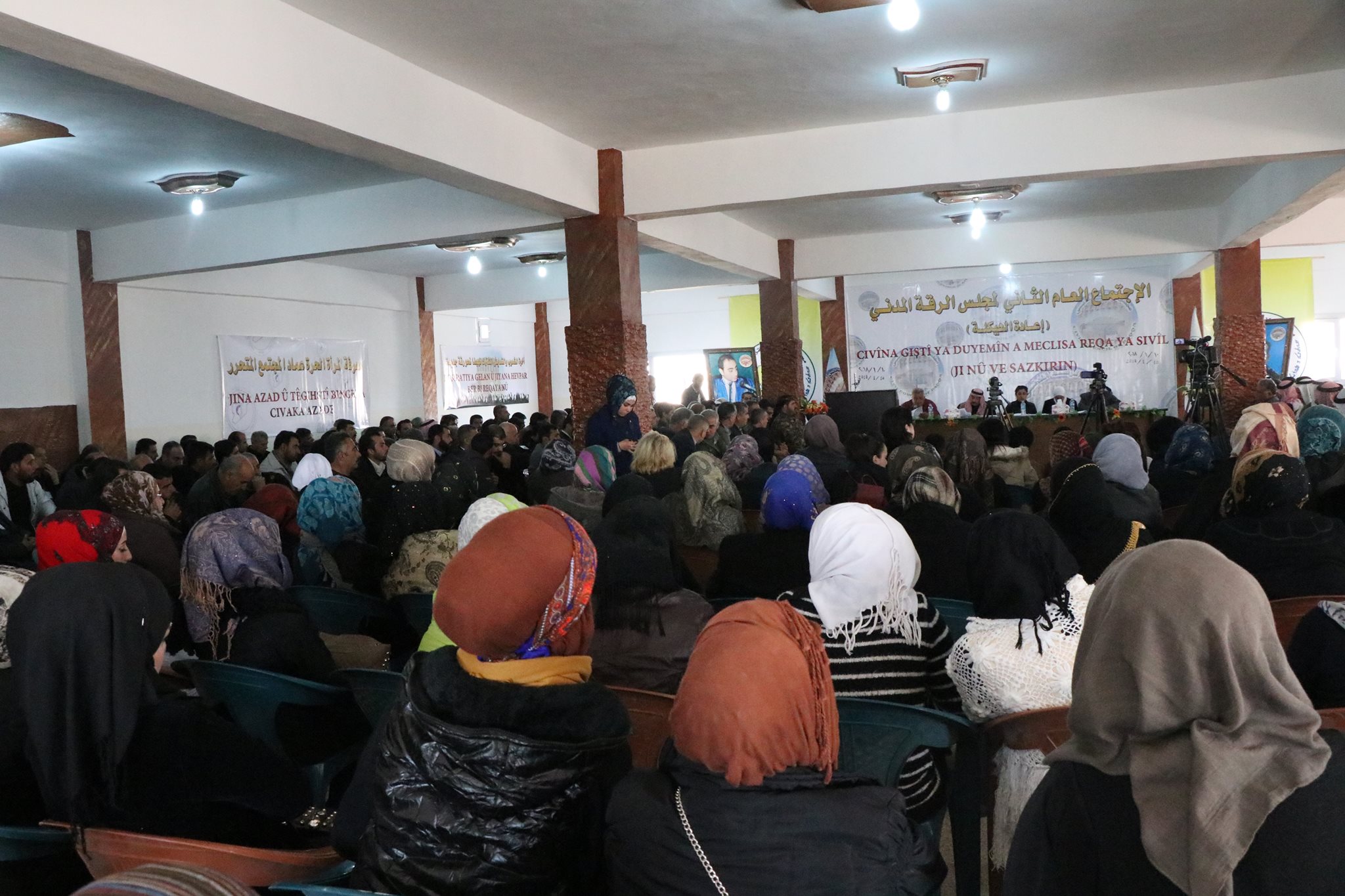 The general authority of the Raqqa Civil Council held a periodic meeting in the council center in Ayn Issa on Thursday, attended by representatives of the general committees in the city of Raqqa.

During the meeting, the monthly agenda for Raqqa city was discussed, the committees’ monthly reports were read and the reports conducted by the political bureau were studied.

The meeting included discussion of the policy of self-reliance, of restructuring the council and the mechanism to move the council to the city of Raqqa immediately upon finding an appropriate location. At the same time, discussion revolved around the challenges and obstacles which the council faces.

The council members stressed that all these challenges require closing ranks and developing new working plans in harmony with the living conditions of residents.

Omar Alloush, joint head of the Raqqa Civil Council, stressed that the political situation is influencing events in the area, especially the situation of the city of Raqqa, which the Syrian Democratic Forces were able to liberate from the Islamic State (ISIS) group. He noted that the council will rebuild the city and not surrender it to any other regime, in reference to statements by the Assad regime that its forces will retake control of Raqqa.

Alloush said that the body is now working on forming preparatory and executive councils to administer the city and to support the internal security forces.