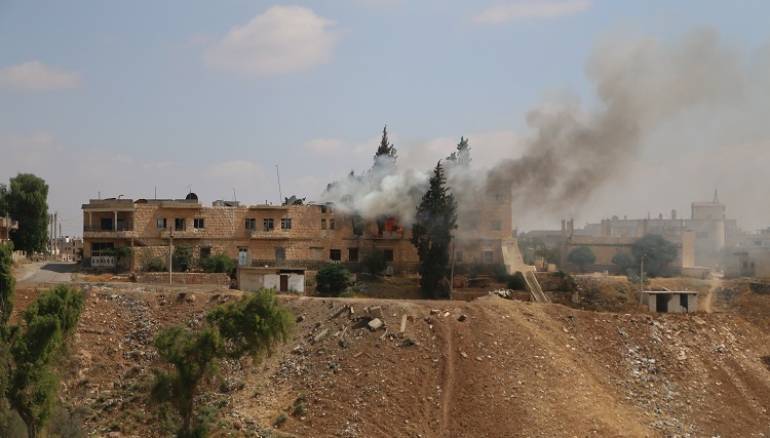 In a new violation of the de-escalation zone agreement, three people, including a woman and a child, were killed when Assad regime artillery pounded civilian areas in the southern province of Daraa, field sources told Zaman al-Wasl on Wednesday.

The bombardment targeted a marketplace in Nawa. Several people were also wounded.

On Tuesday, four rebel fighters were killed in regime artillery shelling on the region of Lajat near the Jordanian border.

The bombardment extended to the town of Al-Nuaima in the eastern countryside of Daraa, where regime forces pounded the town with missiles during the week.

Skirmishes also took place in the neighborhood of Manshiyah in the Old City of Daraa.

Since a Russian-U.S. brokered cease-fire on July 9, 2017 in southern Syria, local monitoring groups have document more than 100 violations that have killed dozens.