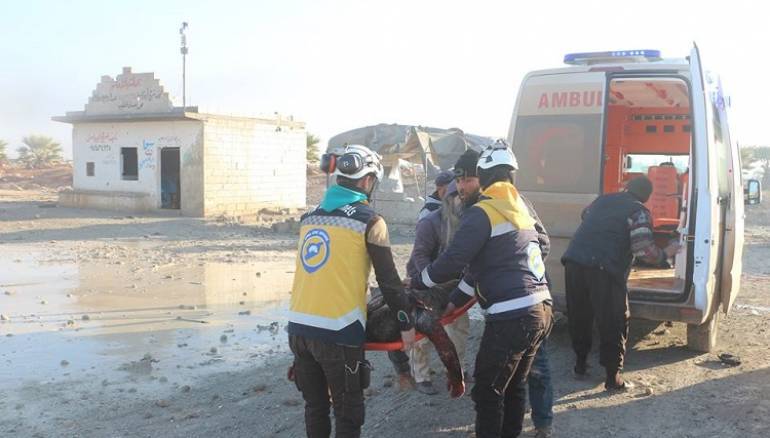 Russian airstrikes on the northern province of Idleb on Sunday killed at least 13 people, including women and children, the Civil Defense (White Helmets) group reported.

Eight civilians, including a family and a pregnant woman, died in bombing on the town of Saraqeb, according to the rescuing group. Five more people were killed in the town of Maarrat al-Numan.

The aerial bombing extended to most of the southern and eastern countryside of Idleb.