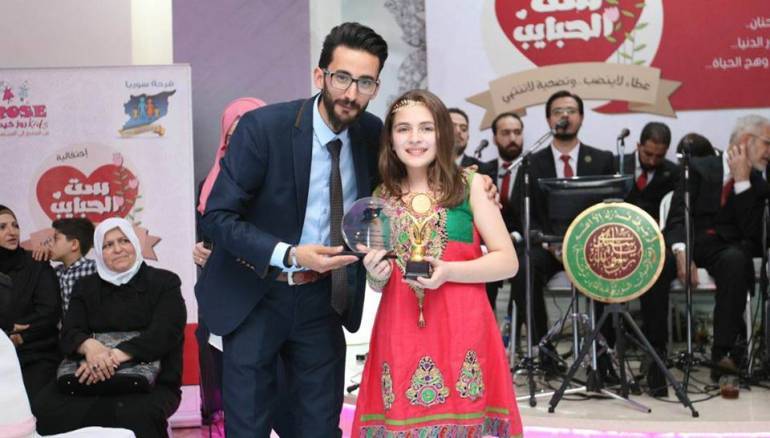 The 12-year-old girl was able to solve 235 questions in eight minutes, according to her mother Rim al-Atiyyeh.

The contest relies on the mental abilities of the child, who must solve more than 200 complex mathematical questions without using a calculator in no more than eight minutes, equivalent to six times the speed of using the calculator.

In October 2012, Noor and her family left the neighborhood of Al-Qusour in the eastern city of Deir-ez-Zor for Egypt, where she joined the Cairo International School and the IMA program, which aims to teach smart mental mathematics to develop children's mental and mathematical abilities to the maximum of creativity and excellence.

Nour was also awarded the first place in the field of mental mathematics at a competition held in Egypt in July 2017.

In 2017, she was able to solve 244 problems within eight minutes to qualify for the January 2008 World Championships in Malaysia, which hosted 3,000 of the smartest children from Europe, the U.S., East Asia and North Africa.

Noor's mother says her daughter has been very fond of mathematics and mental calculations in a remarkable way since her first years.

When the girl, who hopes to be an astronomer, came to Egypt, she searched for mental accounts programs to record them, and through her study she increased her concentration and speed in memorization, learning to solve mathematical problems on her own away from the traditional methods.