FSA fighters are being prosecuted for the Afrin looting, and other news in our weekend wrap-up 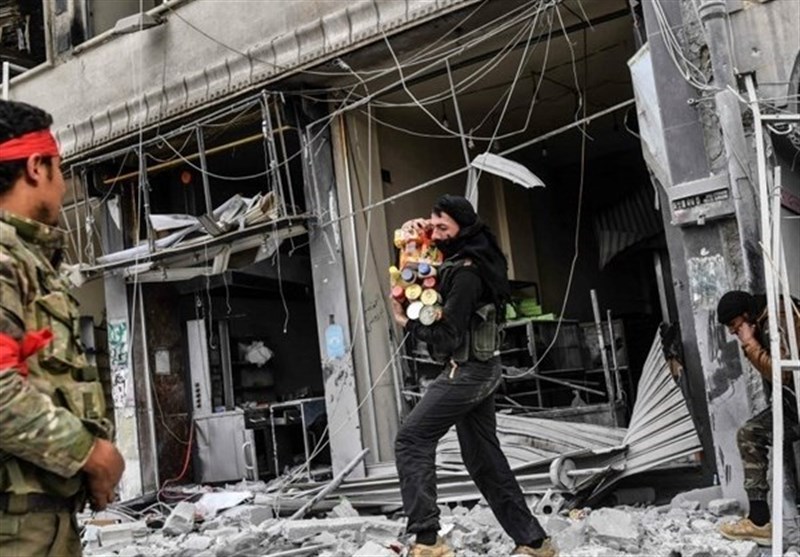 1. At least 11 people, including 5 children and 3 women, were killed Saturday in airstrikes carried out by Russian and regime warplanes on the northern Idleb province, the Civil Defense rescuing group said. Three more people were killed in Russian raids on the town of Ariha as Russia’s jet conducted 10 raids on the southern countryside.   One of the victims was a relief worker who fled Eastern Ghouta last week. [Zaman al-Wasl]

2. The Syrian army declared full victory in Eastern Ghouta, hailing the military achievement as a ‘crushing blow to the Wahhabi anti-Syria scheme.’ “Following a series of well-planned battles and combat operations marked with high levels of cooperation and coordination between different types of forces, the armed forces’ formations, aided by allied forces, wrapped up military operations in Damascus countryside’s Eastern Ghouta, with full control established all over its cities and towns,” the statement said. [SANA]

3. The Military Prosecution of the opposition interim government’s “Syrian National Army” issued a call for residents of the Afrin region to submit claims and complaints and communications concerning cases of theft and looting that took place in the city during the battles in Afrin. The Public Prosecutor's Office called on residents of the city to report to the military police headquarters in the city of Azzaz to submit the claims and complaints for any looting incident that took place during the conquest of the city. The Free Syrian Army (FSA) detained more than 150 fighters and militiamen who had stolen money from the city of Afrin after the widespread denunciation of robberies and theft by faction fighters after they seized control of the city. [al-Hal]

4. French newspaper Le Monde reported on a meeting between the head of the National Security Bureau of the Syrian regime, Maj. Gen. Ali Mamlouk, and his Italian counterpart Alberto Manenti in Rome in January. The newspaper said that Mamlouk arrived in Rome on a private plane provided by the Italian authorities, which is a violation of the European sanctions imposed on the Syrian regime. Mamlouk discussed files on immigration and security, as well as ways to develop and expand relations between the regime and Rome within the EU. Le Monde described the visit as a "slap to the victims," ​​adding that the Italian government did not respond to its attempts to get a comment on Mamluk's visit. Human rights groups expressed "disgust" at Rome's invite to General Mamlouk. [Al-Etihad]