Agency's director-general says the team were told the holdup is down to "pending security issues," Zaman al-Wasl reports 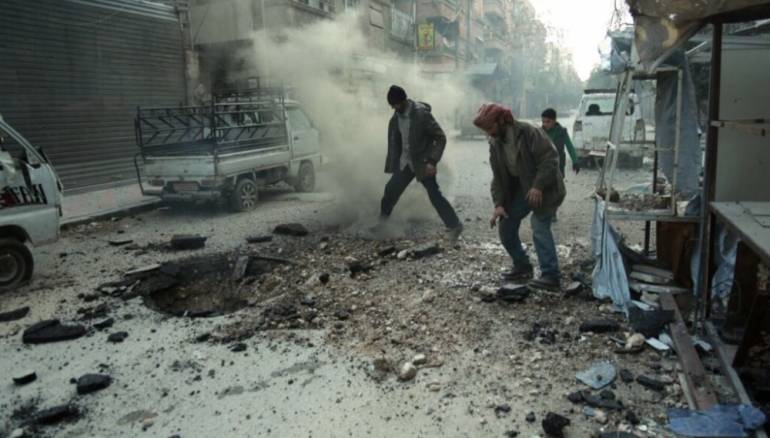 The head of the international chemical weapons watchdog says that the Syrian regime and Russian officials are citing "pending security issues" in keeping the agency's inspectors from reaching the site of an alleged gas attack.

Ahmet Uzumcu, the director-general of the Organization for the Prohibition of Chemical Weapons, said Monday that "the team has not yet deployed to Douma," two days after arriving in Syria.

He told an executive council of the OPCW that the Syrian and Russian officials who took part in meetings in Damascus told the team "that there were still pending security issues to be worked out before any deployment could take place."

He said Syrian authorities were offering 22 people to interview as witnesses instead.

Uzumcu said he hoped "all necessary arrangements will be made … to allow the team to deploy to Douma as soon as possible."

Syrian opposition activists and first responders say a chemical attack by government forces in Douma on April 7 killed more than 78 people. The government has denied ever using chemical weapons and had welcomed the fact-finding mission.

Russian military police have withdrawn from Douma, less than 10 days after the Moscow-brokered evacuation deal, amid wide deployment of regime troops in the key town of Eastern Ghouta suburbs, local activists said Monday.

Gen. Alexander Zourin, the Russian army officer who is responsible for Douma deal, pledged last week that the Russian military police would prevent any attempt by President Bashar al-Assad's troops to enter Douma.

On the contrary, the surprise withdrawal to favor of the regime army was a clear threat for residents who fear reprisals.

The Russian military announced on Thursday that the regime is now in full control of Douma after deporting more than 3,500 rebels with their families. (With AP)