Both the United States and Russia appear to be scrambling to save the de-escalation agreement in the south, Zaman al-Wasl reports 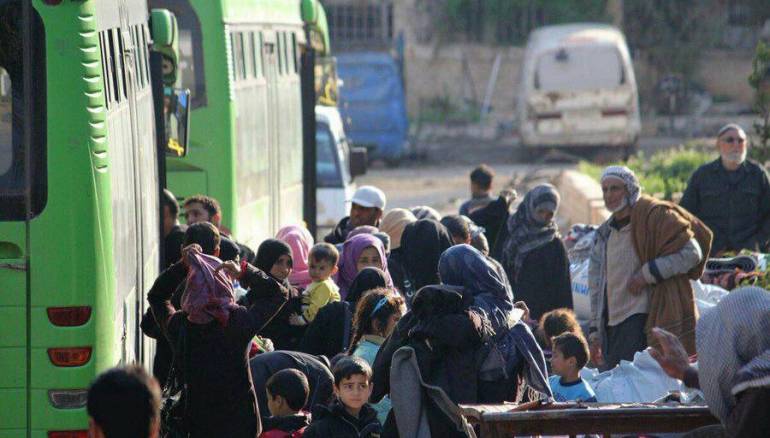 The U.S. Embassy in Amman warned the key rebel alliance in southern Syria of taking any military action against regime forces that may undermine the U.S.-Russian brokered de-escalation zone agreement, a Saudi daily reported.

According to the Asharq al-Awsat newspaper, a letter was sent by the U.S. Embassy in Amman to the Southern Front, in which the embassy asserted that rebels should not give to the regime's army any pretext to end the cease-fire agreement that was reached last July.

"As a guarantor of the de-escalation agreement, we do not want to see the regime taking your territory in the south. We want to preserve your right to demand a state of freedom and justice, so we ask you to take full care not to give the regime and its allies any chance to attack you or launch an attack in Daraa and Quneitra similar to what it happened in the Eastern Ghouta," the U.S. Embassy said in a statement.

The warnings to the Southern Front coincide with the regime mobilization at the gate of Daraa in order to launch a sweeping attack on city.

Sources told Zaman al-Wasl last March that Russia had warned the regime of launching any attack on rebels in southern Syria, saying it will not provide the aerial backup if the regime insists on violating the cease-fire deal.

The warnings by Moscow and Washington followed clashes which have erupted since March 12, when regime jets struck rebel-held towns, which were the first aerial attacks on the area since the United States and Russia-brokered "de-escalation zone" last July.

Russia, which backs the Assad regime, and the United States, which has backed rebel forces seeking to topple President Bashar al-Assad, met secretly in Jordan in June and announced a cease-fire in Syria's southwest a month later.

The truce has reduced fighting there and was meant to lead to a longer-lasting de-escalation, a step toward a full settlement.

The southern area around Daraa province is one of the few main parts of the country where large populations are still under the control of rebels opposed to Assad, along with a northern area near the Turkish border.

Rebels have long feared the regime army will return to attack them once it has consolidated gains in the north and other areas. Rebels say the de-escalation zones free up Syria's army to make territorial gains elsewhere.