Ahmed Shaaban and his brigade are having their status normalized as part of a reconciliation agreement, Al-Etihad Press reports 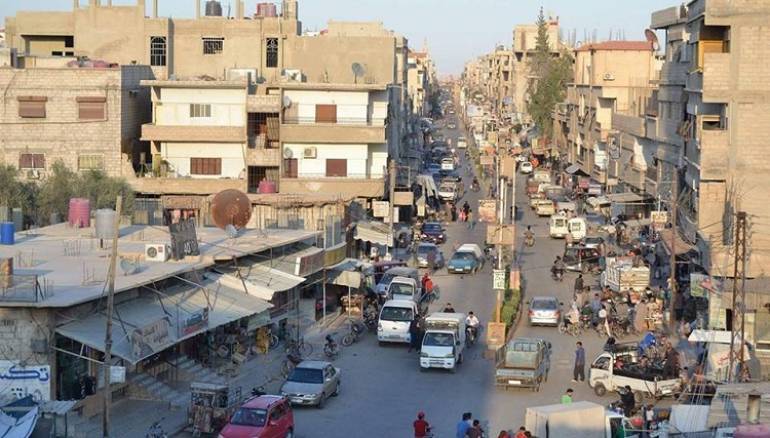 A day after the beginning of the negotiations between the Al-Dameer city negotiations committee in Eastern Qalamoun in the Damascus countryside and the Russian reconciliations committee, a brigade of one of the area’s rebel groups announced its defection to the Syrian regime’s forces.

Sources on the ground said that the Maghawir al-Sahara (Desert Commandos) Brigade, under the authority of the Ahmed al-Abdou forces, announced that it was defecting and joining the regime forces under the leadership of Ahmed Shaaban, known as “the hyena of Al-Dameer” after a reconciliation and normalizing his status, according to the group's commander, who appeared in a video recording announcing his defection.

The negotiations committee in Al-Dameer, represented by a delegation of notables and rebel groups, signed an agreement in the city stipulating its neutrality from any future military operations.

Media reports previously indicated that there was coordination between the Ahmed al-Abdou forces and regime forces, especially during battles which the latter entered into against the Islamic State (ISIS) group in the desert area two years ago. The opposition group denied this at the time.

The Maghawir al-Sahara group participated in a number of battles against ISIS under the Ahmed al-Abdou forces banner, which is part of the Southern Front of the Free Syrian Army.