A whole day will be dedicated to the Syrian delegation, SANA reports 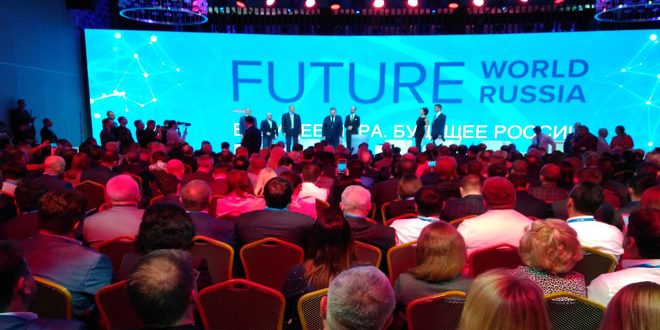 The Yalta International Economic Forum (YIEF) was opened in Yalta city with the participation of Syria.

The Syrian delegation includes up to 70 economic officials and businessmen, as well as Lattakia Governor Ibrahim Khuder al-Salem.

Speaking during the opening ceremony, head of the Republic of Crimea Sergey Aksionov said that the YIEF has been “a time-honored tradition, which hosts many friends and people interested in joint work with us within the framework of Russia.”

Andrey Nazarov, co-chairman of the YIEF 2018 organizing committee, said that the Syrian delegation is the most representative in the forum this year, adding that April 21 will be dedicated entirely to Syria within the framework of the forum.

Salem said that the reconstruction stage has started in Syria, which requires wide participation from specialized companies, especially Russian companies, pointing out that the tourism sector will be a priority in the forum as the conditions are suitable for improving the joint work between Lattakia and Yalta city.