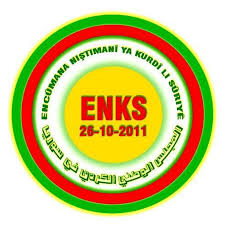 In a statement the Kurdish Future Movement welcomed the international coalition's strikes on limited targets and called on it to work to bring down Bashar al-Assad's regime in Damascus.

The statement said: “With the Bashar al-Assad regime’s growing crimes against the Syrian people, using all forms of internationally banned weapons, repeatedly targeting civilians, the international response represented by the United States, Britain and France came through airstrikes on limited targets, which damaged some military facilities and facilities which were used to manufacture and develop chemical weapons.”

It continued: “In light of this, we in the Syrian Kurdish Future Movement, at the same time as we support this international military action to punish the Bashar al-Assad regime and curb its criminal military capabilities, applaud this step, which we consider to be support for the rights of the Syrian people and their blessed revolution. We also called on the new military coalition to take more advanced military action leading to the downfall of the Assad regime and its security groups, while also calling on the international community to offer more political support for the Syrian opposition in order to make use of these developments and their implications for a political solution in accordance with the resolutions of Geneva 1 and the formation of a transitional governing body far from the Bashar al-Assad regime and its criminal gang.”