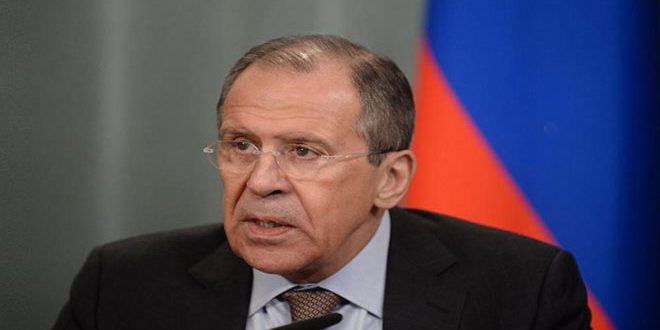 Russian Foreign Minister Sergey Lavrov said that the tripartite aggression on Syria has impeded the progress made in the Astana and Sochi meetings and pushed back political settlement efforts.

In a telephone conversation with his French counterpart Jean-Yves Le Drian on Friday, Lavrov stressed that the illegal strikes on the Syrian territory on April 14 before the arrival of OPCW inspectors pushed back the progress in the Syrian settlement reached through serious effort in Astana and Sochi.

Lavrov stressed that Russia is still open for dialogue with all partners in the interests of fair settlement of the crisis on the basis acceptable for all Syrian parties and in accordance with United Nations Security Council Resolution 2254 .

The Russian Foreign Ministry statement said that Lavrov and Le Drian discussed in detail the development of the situation in Syria after the tripartite U.S.-British-French aggression.