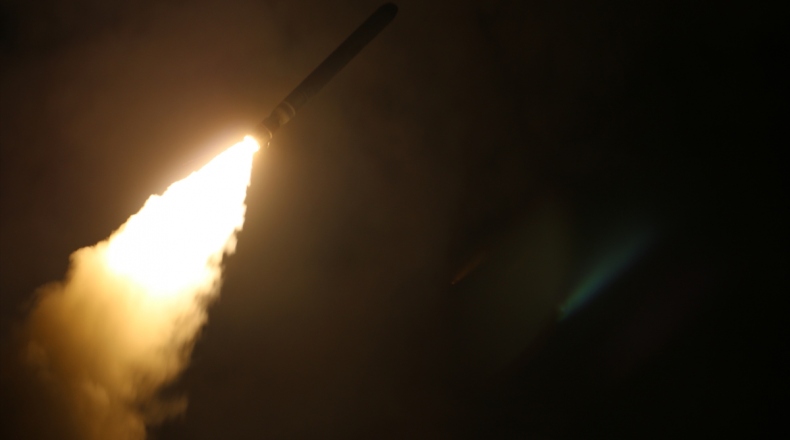 The Syrian Network for Human Rights documents in a report the deaths of 64 civilians, including 12 children, at the hands of regime forces and their Russian allies in the two weeks since the American-British-French military strike.

The report, which was based on continuous monitoring operations of events and news by the group's team, reviewed the most prominent violations which were carried out by the Syrian-Russian allies in terms of killing and attacks on vital civilian centers and using incendiary weapons and barrel bombs after the British-French-American attack on April 14 up to April 28.

It documented the deaths of 64 civilians including 12 children and eight women — 62 of them by regime forces and two by Russian forces — in addition to two massacres carried out by regime forces in Homs and Damascus countryside provinces.

The report also recorded nine incidents of attacks on vital civilian centers in the period that it covered, eight of them by regime forces and one by Russian forces, in addition to using incendiary weapons in three attacks, while regime helicopters dropped no fewer than 522 barrel bombs, most of them on the Damascus countryside.

According to the SNHR's report, the regime and its Russian ally clearly violated United Nations Security Council resolutions 2139 and 2254, which called for an end to indiscriminate bombardment, as well as violating the eighth article of the founding Rome Statute, in what constitutes a war crime.

The report called for the responsibility to protect (R2P) principle to be applied, as political steps have been exhausted and therefore there is no choice but to resort to Chapter Seven and apply the R2P principle, which the U.N. General Assembly approved, and the Security Council is still impeding the protection of civilians in Syria.

The report called for the need for countries to appear more united against a regime which is the main and most prominent user of chemical weapons in this century, and to move seriously and collectively to impose real and preventative punishments immediately.