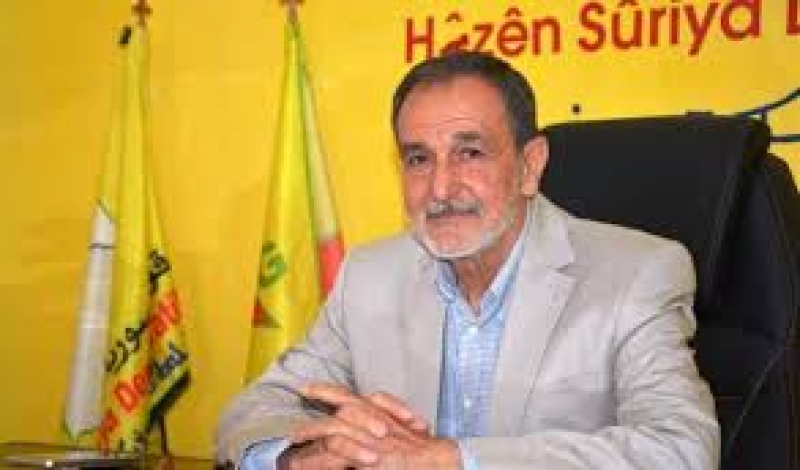 The joint head of the Syrian Democratic Council, Riad Darar, said on Monday that the Syrian Democratic Forces (of which the People’s Protection Units are the core) had expressed its readiness to cooperate with Arab forces which will enter Syria under the U.S.-led international coalition’s umbrella.

Darar told Basnews that “the Arab forces which will enter Syria under the international coalition umbrella will be as deterrent forces to help protect the areas of the eastern Euphrates from probable aggression.”

Darar ruled out the final withdrawal of American forces from Syria because “the Americans have two aims they haven’t achieved yet: eliminate ISIS [Islamic State] and prevent Iranian expansion in these areas.”

He added: “The solution in Syria has not been achieved yet. America and the countries of the coalition are partners in the solution, and they will not accept Russia monopolizing it as they have drawn up with Turkey and Iran.”

U.S. President Donald Trump had previously announced his desire to withdraw about 2,000 American troops deployed in Syria to fight ISIS, but he had not set a specific timeframe for that.

Darar continued: “We are working to achieve Syria’s unity in terms of land and people and with a just system that achieves freedom, dignity and justice for Syrians. We are against any division of the country and we look forward to self-administrations of the areas achieving a decentralized system.”

He added that this “has proven its worth as the best solution to the problems of development and construction caused by the war, in terms of crises and destruction.”

Responding to a question about preparations by the international coalition forces to form forces from tribe members and communities of the area and to form a new administration representing everyone, Darar said that “there is major Arab participation in the area of the east Euphrates to protect their areas after they were liberated from the ISIS organization.”

He added that they “are increasing and there are training courses set up for them to graduate a sufficient number.”

He said that “preparations to develop the administrative system are ongoing, awaiting the liberation of remaining areas under ISIS control north of Albu Kamal to connect the liberated areas with a joint administration system from the residents of the areas themselves.”

With regards to the entry of the Syrian regime forces into areas of the eastern Euphrates, Darar said that “confrontations today to evict the forces which attacked the four villages east of the Euphrates make it clear that all forces will respond until a political solution is achieved.” He said: “We are ready to participate in negotiations to resolve the Syrian crisis.”

The joint head of the Syrian Democratic Council closed his statement to Basnews by saying: “We are defending the areas which we have liberated from ISIS to restore them to a united Syria – not to the dictatorial regime in Damascus.”