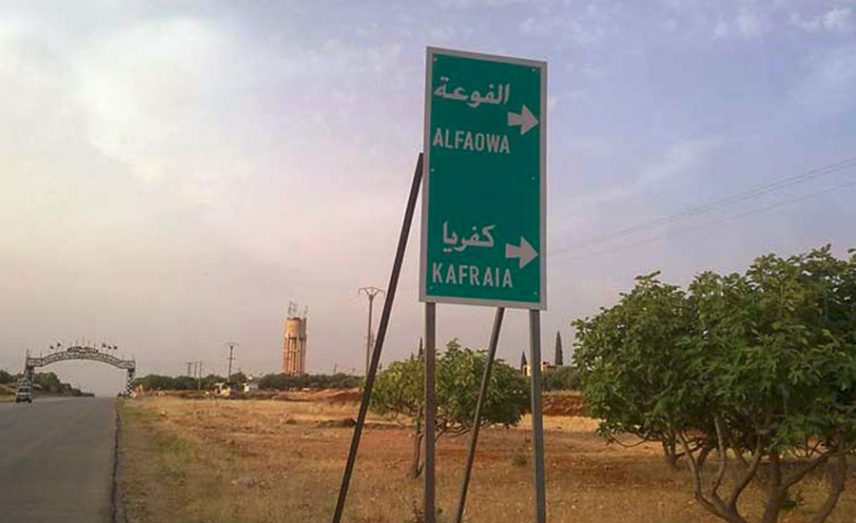 An informed source told Smart on Tuesday that Hay'at Tahrir al-Sham was negotiating with Syrian regime forces to release hundreds of prisoners in exchange for their complete evacuation of residents and regime fighters from the towns of Kefraya and Foua, 8 km north of Idleb city, in northern Syria.

The source added that the agreement between HTS and the regime forces was divided into two sections – the first to evacuate fighters of the former with their families from the Yarmouk camp south of the capital Damascus in exchange for 1,000 civilians and fighters of the latter from the towns of Kefraya and Foua.

The source added that the second item stipulated that regime forces would release more than 2,500 prisoners in exchange for HTS evacuating the remaining people in the two towns, noting that the prisoners they wanted released had been arrested between 2012 and 2014.

The source noted that the agreement was stopped as a result of disputes in the regime forces' ranks inside Kefraya and Foua, where they want to go out all at once.

Later on Tuesday, an exchange operation began with residents of Kefraya and Foua in exchange for those displaced from the Yarmouk camp near the village of Al-Ais, south of Aleppo.

This comes within the agreement revealed by regime media on Sunday stipulating the exit of HTS fighters and families from Yarmouk camp to Idleb in exchange for breaking the siege on Kefraya and Foua, which contain 5,000 people, in two stages — the first evacuating 1,500 people, with the deal continuing with the start of Ramadan.

The towns of Kefraya and Foua are subject to the “four towns” agreement which was previously signed between Iran and the Jaish al-Fatah (including Jabhat Fatah al-Sham, Ahrar al-Sham, Ajnad al-Sham, Jaish al-Sunna, Faylaq al-Sham, and Liwa al-Haqq), which led to the evacuation of the towns of Madaya and Zabadani in addition to releasing hundreds of prisoners.