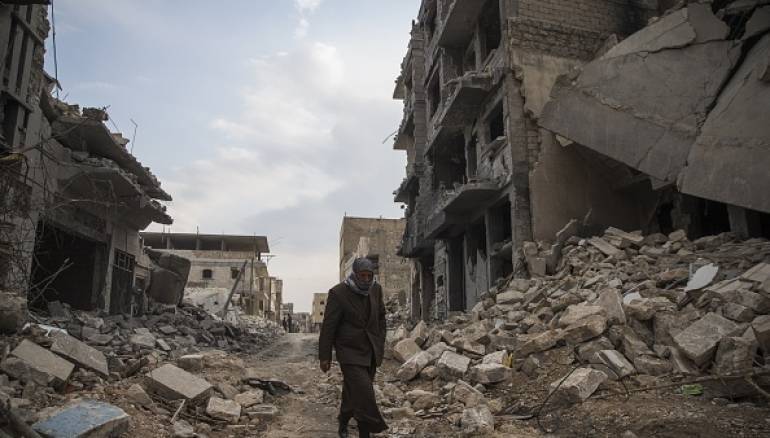 Syrian Interior Minister Mohamad al-Shaar said the regime is working on issuing new IDs to avoid forgery, a move that stokes fears of demographic change and the settlement of President Bashar al-Assad’s loyalists in Sunni-dominated areas.

Shaar made his statement to Sputnik, which turned into the de-facto Syrian news agency instead of SANA. The regime’s Interior Ministry is currently working on “a project to change the Syrian ID, so it wouldn’t be forgeable. And special IDs for markets and weapons will be changed by having them automated,” Shaar said.

Shaar also revealed intentions to incorporate a new Syrian passport that can be acquired electronically, as well as consideration to automate the process to pay fines remotely, where it can be also paid electronically.

The statement came amid fears that such projects would be used as a cover to grant the Syrian IDs to Shiite militants, which paves the way to the blatantly sectarian demographic change that the Syrian regime and its allies have put into motion.

As of now, it is known exactly how the Assad regime can renew the IDs of the millions who fled Syria and scattered across the globe in light of the regime’s brutality.

Will the regime use this “renewing process” as a pretext to render the old ones revoked or forged because their respective owners couldn’t appear before the relevant authorities to replace them with new ones, especially that it is commonly known that a person should be physically present to have their fingerprints taken in order to replace their old ID with a new one?