There was an outcry over Israeli raids in Syria this weekend 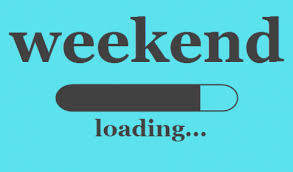 1. The Israeli raids that took place in Syria on Thursday are the settling of accounts between two occupations, according to the head of the opposition negotiating body, Nasr Hariri. Hariri added that the military gains do not mean that basic issues have been solved. He called for a comprehensive political solution that will comprise of fighting terrorism, the problem of refugees and displaced people, the economy, reconstruction, and the ending of the Iranian occupation. “It is time to stop the bloodshed and achieve a political transition," he added. Hariri accused Iran of obstructing the political solution, bringing in tens of thousands of foreign fighters, naturalizing Iranian Shia militias as Syrian citizens, controlling property and dominating Syrian decision making. He called the leader of the Quds Force, Qassem Soleimani, the "de facto ruler of Syria," the official said. [Al-Hal Al-Souri]

2. The commanders of two battling factions, Jaysh Al-Islam and Faylaq Al-Rahman (The al-Rahman Legion), held a meeting at the initiative of a third military faction, the Free Syrian Army's Al-Moutassem Brigade. The Head of the Political Bureau of the Al-Moutassem Brigade, Mustafa Sejari told Smart News that the meeting aimed at enhancing the military situation in the region and benefiting from the military experience of the two factions. The two factions, who had been fighting in Eastern Ghouta before the Assad regime drove them away, “discussed ways to improve the military performance of FSA fighters to cope with the developments on the ground,” Seijari added. Wael Alwan, a spokesman for The al-Rahman Legion said, the recent military campaign launched by the regime on Eastern Ghouta "made the rebels overcome their essential differences, and commit to confronting this fierce campaign, which does not differentiate between the towns of Ghouta and its factions." [Smart News]

3. The first batch of the Hay’at Tahrir Al-Sham (al-Nusra) members, accompanied by civilians from villages surrounding the city of Salamiyah in Hama Province left the area on Saturday and moved towards the north of Syria as part of an agreement made with the Russians. Local sources said that about 20 buses and several private cars carrying more than 1500 people from Hay’at Tahrir Al-Sham and civilians took off from the village of Rumaila towards the town of Morek. The source added that the fighters’ withdrawal would be completed in two groups. [Smart News]

4. At least 8 civilians were killed late on Friday in U.S.-led coalition airstrikes against the last Daesh strongholds in Hasaka provinces, activists said. The strikes, which came east of the town of al-Shaddadi, killed eight family members, mostly women and children. [Zaman Al Wasl]

5. The Kazakh Foreign Ministry announced Saturday that all parties of the Astana process confirmed their participation in what will be the 9th round of talks, scheduled to be held this week in the Kazakh capital of Astana. The ministry added in a statement that delegations from the guarantor states (Russia, Iran and Turkey), in addition to the Syrian Government delegation and an “opposition” delegation will participate in the 9th Astana meeting to discuss the on going events in Syria. The statement added that the UN delegation, headed by the UN Special Envoy to Syria Steffan de Mistura, and a Jordanian delegation will also take part in the meeting as observers. [SANA]