Rotten rice and meat was distributed to residents in the Hafsa camp, resulting in diarrhoea, vomiting and stomach pain writes Step News 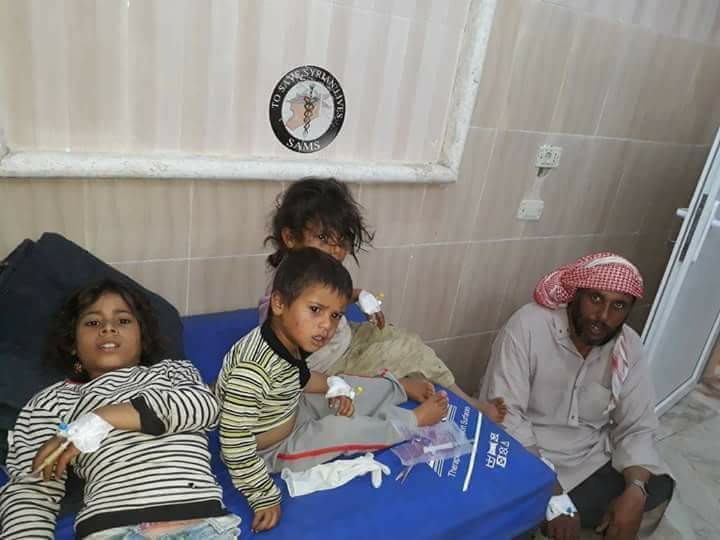 About 200 people of various ages in the Hafsa camp adjacent to the village of Masran in the southern Idleb countryside were affected by food poisoning after residents ate a rotten iftar meals distributed to them on the third day of Ramadan. The patients were transported to hospitals in the area on Sunday.

A doctor at the Maarat Nouman National Hospital who asked not to be named told Step News Agency: “There were 22 cases today at the Maraat Nouman Hospital. They were suffering from diarrhoea, vomiting and stomach pain, following the pre-dawn meal. This was food poisoning resulting from a meal (rice and meat) that was distributed by an NGO. The health directorate in Idleb is currently investigating the group which distributed the meal.”

He added: “At the Temmenis Hospital in the emergency and children’s sections there were 25 men and women and 10 children, with nine admitted and the rest released. In the al-Ghadfa hospital, 80 children and 40 men and women arrived, and have now been treated and in general the overall situation is good and most patients have been released.”

He said that in the Hafsa camp most of the residents were displaced from the Umm al-Khalakhil village and the Sinjar area east of Idleb as well as the eastern Hama countryside. Activists circulated a card for an iftar project organised by the Eyyadi al-Khair group working in the town of Maar Shourin, believing that this group had been responsible for the distribution of food in the area, according to residents.