Major events from the weekend 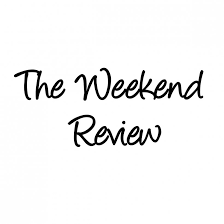 1. Media sources in the southern suburbs of Aleppo confirmed on Saturday, the withdrawal of a military convoy of Assad forces and allied Iranian militias from the town of Al-Hader south of Aleppo, to an Iranian base in the Jabal Ezzan area. The move comes in accordance with the Astana Agreement. Turkish and Russian forces will secure the area and monitor the de-escalation process there. Russian and Turkish forces will install observation posts between regime controlled areas and liberated areas in Idleb. [Sham Network]

2. Syrian state media reported that explosions were heard near the airport in Hama on Friday, without giving further details. The Syrian Observatory for Human Rights said that Reuters reported a series of explosions near Hama's military airport that were heard in Hama city. Local activists said the explosions were due to three Israeli airstrikes, which hit weapons and missiles depots run by the Iranian Revolutionary Guard near the airbase. [Zaman al-Wasl]

3. Hayat Tahrir al-Sham, formerly known as Nusra Front, executed four people on Saturday. They claimed that they were behind a series of assassinations in the city of Idleb over the last few weeks. The group said the perpetrators were affiliated to ISIS and targeted rebels commanders and civilians. Also, they tried to free fellow fighters held in Tahrir al-Sham's prisons. The execution took place in the main square in the city of Idleb where tens of people attended the brutal show. [Al-Hal]

4. At least nine troops have been killed by improvised explosive devices (IED) in the central province of Homs over the past 48 hours, local activists said. Five soldiers, including an officer, were killed while they were clearing landmines in the town of Teldo in the northern Homs countryside. Four more soldiers were killed by an ISIS-planted IED near the ancient city of Palmyra in the eastern countryside of Homs. [Zaman al-Wasl]

5. The Syrian Coalition welcomed the decision by the United States and Arab Gulf states to impose new sanctions on the Lebanese Hezbollah leadership, targeting its Secretary General Hassan Nasrallah and his deputy Naim Qassem. The coalition described the decision as an important step to limit the influence of Hezbollah, which has been involved in the killing of Syrian people. [The Syrian National Coalition]

6. Units from Internal Security Forces entered the Al-Holeh region on Saturday after it was recently declared to be free of terrorists. Units also entered the villages of Kaferlaha, Taldahab and Taldao in the Al-Holeh region of the northern Homs countryside, hoisting the national flag over governmental buildings. The Internal Security Forces were given an exuberant welcome by hundreds of locals who gathered at the entrances of the two towns, raising national flags and pictures of President Bashar al-Assad. [SANA]