As both the Syrian Army and US back forces move in, Daesh's territory gets smaller and smaller reports Zaman Al Wasl 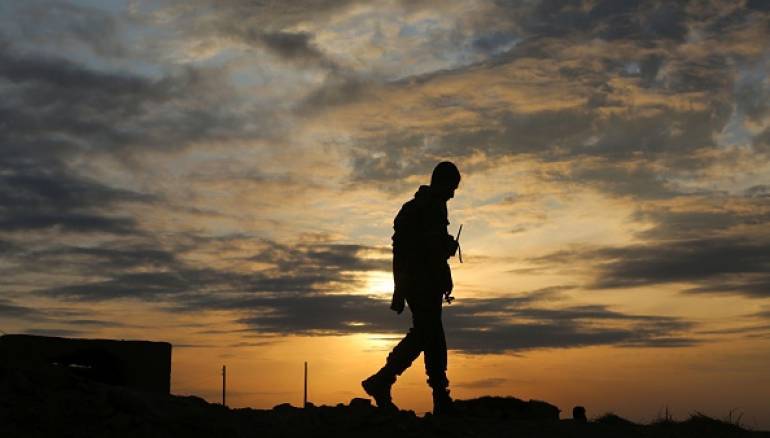 The Syrian Democratic Forces (SDF), backed by the U.S. and French artillery have seized a strategic hilltop near al-Hajeen town, the key stronghold of ISIS near the Iraqi border.

The SDF also took the town of al-Baouz al-Tahtani early this week.

The SDF, which the Kurdish YPG militia spearheads, has been the main partner of the U.S.-led coalition against ISIS in Syria, helping drive the jihadists out of swathes of northern and eastern Syria last year.

In Damascus, the Syrian Observatory for Human Rights said buses evacuated Daesh fighters from a southern neighborhood on Sunday as part of a withdrawal deal, though state media denied the report and said the Syrian Army was fighting to finish off the insurgents, according to Reuters.

The area is centered around the al-Hajar al-Aswad district and the adjoining Palestinian refugee camp of Yarmouk.

The Observatory said buses had entered the enclave after midnight to take out fighters and their families. They then travelled towards the Syrian Badia, a sparsely populated expanse of territory east of the capital that extends to the border with Jordan and Iraq, it said.

Islamic State militants had torched their offices in the Yarmouk enclave, the Observatory said.