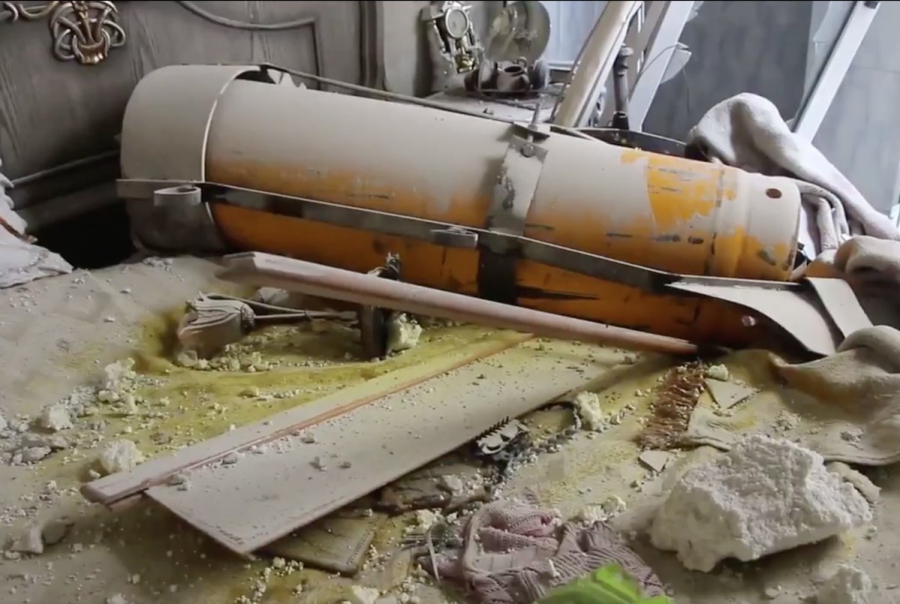 The Syrian Coalition denounced the Assad regime’s presidency of the UN-backed disarmament forum on chemical & nuclear weapons, saying it would be “a shock for the conscience of humanity and a betrayal of the victims of the chemical attacks,” which number over 200.

In a letter sent Saturday to 18 countries, President of the Syrian Coalition Abdurrahman Mustafa called for a boycott of the forum during the four weeks of Assad's presidency of the forum. The letter was sent to the governments of the United States, Britain, Turkey, Germany, France, Canada, Japan, Italy, Spain, Sweden, Norway, the Netherlands, Belgium, Australia, Switzerland, Finland, New Zealand and Ukraine.

President Mustafa warned that allowing the Assad regime to chair such a conference risked “undermining the UN’s credibility and the integrity of the disarmament framework.” He underscored that “the Assad regime’s use of deadly chemical and unconventional weapons and its illegal pursuit of nuclear weapons is a breach of its disarmament obligations and runs counter to the objectives and fundamental principles of the Conference on Disarmament.”

“The Assad regime has flagrantly violated the chemical weapons convention and the UNSC resolutions. It was documented by the OPCW – UN Joint Investigative Mechanism in its report submitted to the UN Security Council on Oct. 25, 2017. This regime first gassed the Syrian people to death on Aug. 21, 2013, and most recently on Apr. 7, 2018.”

The letter added: “Indeed, ‘having the Syrian regime of Bashar al-Assad preside over global chemical and nuclear weapons disarmament would be like putting a serial rapist in charge of a women’s shelter,’ as said by Hillel Neuer, the executive director of the United Nations Watch.”

“We count on our good friends to spare no effort to ensure an end is put to the suffering of the Syrian people, to hold the perpetrators accountable, and to finally fulfil the people’s just demands of freedom, dignity and justice,” President Mustafa added.

The Conference on Disarmament was established in 1979 during a special session of the UN General Assembly. It comprised of 65 states that have been divided according to four core issues in recent years. With three sessions usually held each year, the chair of the conference rotates every four working weeks following alphabetical order of member states. Decisions are made by consensus.