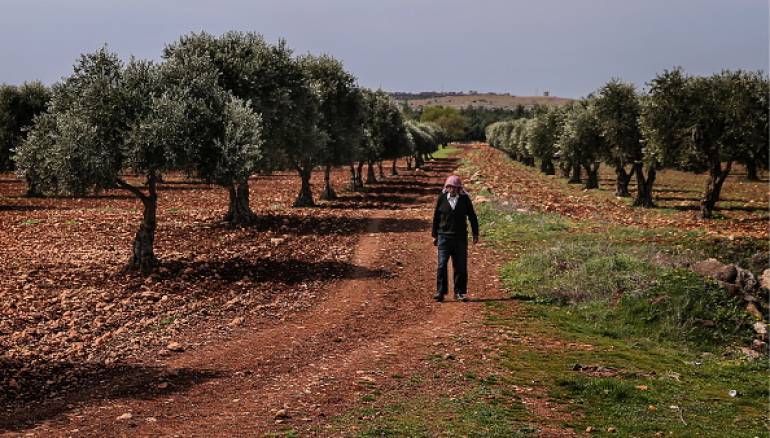 The Turkish army has started issuing ID cards for residents and newly-settled people in the Afrin region near the border, amid claims from Kurdish militias of a demographic change, activists told Zaman al-Wasl Monday.

The move evoked the fears of Kurdish rights advocates and authorities who accuse Turkey of 'ethnic repopulation' as observers say Ankara wants to resettle the 3.5 million Syrian refugees in its territory into Afrin.

A Turkish-led assault this year displaced over 137,000 people from Kurdish-majority Afrin to nearby regime zones, or even further towards Kurdish areas in the northeast, according to AFP.

Some of their houses are now the homes of other displaced people. Around 35,000 of those bussed out of the onetime rebel bastion of eastern Ghouta near Damascus have resettled in Afrin.

With their houses either destroyed or occupied, Afrin's original residents see their return as a distant dream.

"I'm not optimistic. The more time passes, the more entrenched the demographic changes are," Ahmad Yussef, an academic who fled Afrin told AFP.

The local councils in Al-Bab, another territory under Turkish control, began issuing identification cards in what they called the Euphrates Shield region.

The Turkish government and the local councils of Afrin said that the move aimed at controlling security and stability, as well as fighting dormant cells belonging to Kurdish-led militias.

Turkey aims to fight the falsification of official documents that have spread in Syria’s north, pro-opposition activists say.

Hassan Shendi, a member in the Local Council of Afrin, told Zaman al-Wasl that ID cards were not distributed to every person in Afrin and the release of these cards was due to security concerns.

Abdo al-Nabhan from Afrin's local council downplayed the fears of a demographic change, assuring that the ID cards will make crossing through Turkish checkpoints easier.