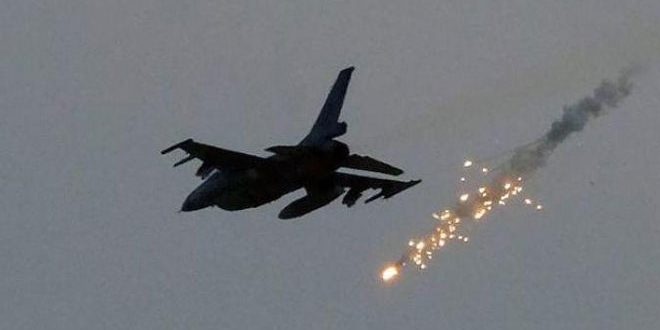 The Foreign and Expatriates Ministry said the illegitimate US-led International Coalition has been targeting civilians in the villages of al-Hasaka, Raqqa and Deir ez-Zor as retribution for their refusal to join US-allied separatist militias.

In a letter addressed to the UN Secretary-General and President of the United Nations Security Council (UNSC), the ministry lambasted the International Coalition’s incessant aggression, the targeting of innocent Syrian civilians and attacks on Syria’s sovereignty, safety and territorial integrity.

Citing a slew of atrocities the Coalition perpetrated in the villages of al-Hasaka, which left scores of civilians dead and many others injured, the ministry said the attacks are intended to punish the locals for their reluctance to join separatist militias allied to the United States.

According to the letter, the US has been restructuring relations with Daesh terrorists, integrating some within these militias and using others to mount attacks against Syrian Arab Army’s sites with a view to recapturing areas the Syrian army and its allies have liberated from terrorism.

The letter said the Coalition had not balked at providing overt military backing to Daesh terrorists against the Syrian army, the latest of which was on May 24, 2018, when its warplanes targeted Syrian army outposts between al-Bukamal and Humaima in the Deir ez-Zor countryside, one hours after the Syrian army managed to stop an attack against these sites by Daesh.

The Coalition’s sole aim is to undermine Syria’s sovereignty, safety and territorial integrity and prolong the crisis, which contravenes the UN Security Council’s resolutions, added the letter.

The ministry urged members of the International Coalition to pull out of this “outrageous coalition,” calling on the UNSC to assume its responsibilities in preserving international peace and security and take immediate action to end the massacres.

The letter also called for the termination of the illegal presence in Syrian territories by the US and other foreign nations and to call a halt to the US’s support of terrorism.

“The US’s hostile polices in Syria, the region and the world lack ethical grounds because it has become part and parcel of the threats which endanger international peace and security,” the ministry’s letter concluded.

At least ten civilians were martyred in a new massacre committed by the US-led international coalition in the village of Jazaa in the southern countryside of al-Hasaka.

The raids on the villages in the southeastern countryside of al-Shadadi by the international coalition have intensified during the last few days with the aim of deliberately destroying civilian homes, especially in the villages of people who refused to join the militia of “QSD”.