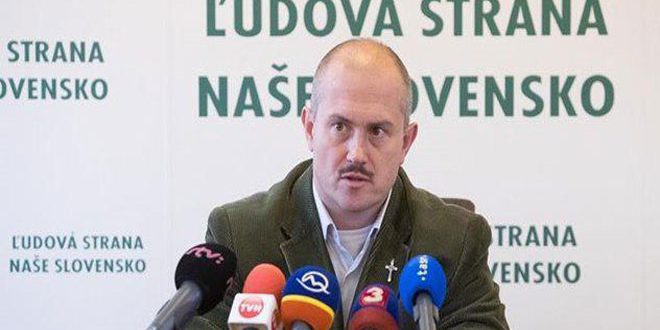 Slovak Parliamentarian and Head of People’s Party-Our Slovakia, Marian Kotleba stressed that the war waged against Syria and the conspiracy which has targeted the country are because it stands in the face of the global criminal Zionist regime and prevents it from implementing its schemes of imposing hegemony on the region.

In a statement on Monday Kotleba said that during his visit to Syria last month, as part of a European parliamentary delegation, he watched the destruction and sabotage perpetrated by Zionism and its terrorists, which enhanced his convictions with regards to the attempts of Zionism to impose hegemony on the region and the world.