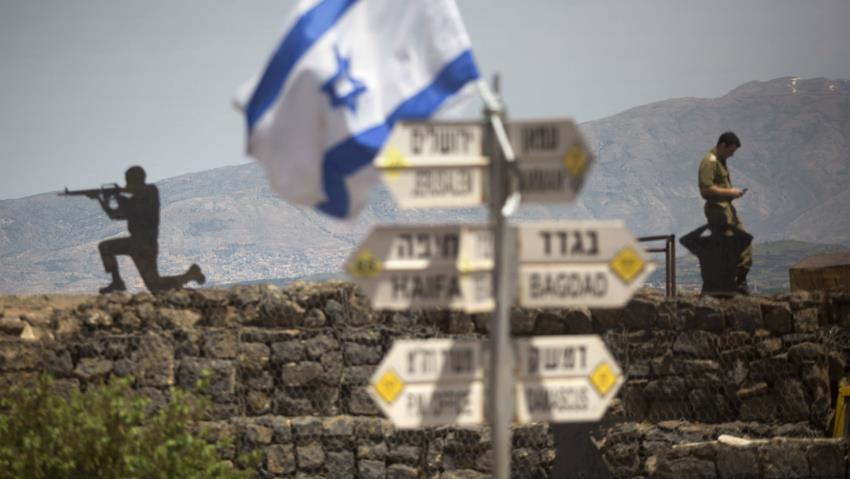 Israel has shot down a Syrian fighter jet with surface-to-air missiles, the Israeli army said on Tuesday.

The army statement claimed the Syrian plane had infiltrated its airspace.

"A short while ago, two Patriot missiles were launched at a Syrian Sukhoi fighter jet that infiltrated Israeli airspace," the army said in the statement, quoted by Reuters.

The army "monitored the advance of the fighter jet, which infiltrated about two kilometers into Israeli airspace. It was then intercepted by the Patriot missiles," it added.

On Monday, Israel said its air defences fired at rockets launched from Syria that approached territory under its control, where regime troops are taking control of areas bordering the Israeli-occupied Golan Heights.

Israel seized 1,200 square kilometres of the Golan from Syria in the 1967 Six Day War, in a move that has never been recognised by the international community.

Israel has been on high alert since Jun. 19, 2018, when Syrian regime forces launched a Russian-backed offensive to retake Quneitra and Daraa provinces, adjacent respectively to the Israeli-held section of the Golan and Jordan.

Regime forces have since regained control of most of these two provinces through a combination of deadly bombardment and Moscow-brokered surrender deals.