Russia has proposed a roadmap to return Syrian refugees in coordination with the US, a move welcomed by Beirut writes Al-Araby al-Jadeed 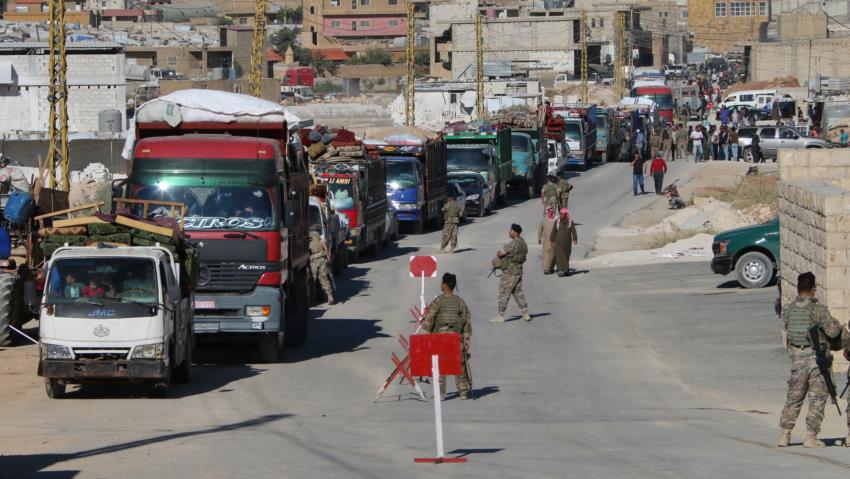 At least 30,000 refugees who fought against the Syrian army hope to remain in Lebanon, a Russian official said, as Moscow looks to coordinate the return of Syrian refugees.

"The rest are ready to return to Syria as the environment stabilises there. A discussion has been planned with the Lebanese side about the possibility of creating a working group to address this problem," Nikolay Burtsev said during a meeting of the Joint Coordination Center of Russia's Defence and Foreign Ministries, according to a statement on the Russian defence ministry's website.

"However, just 30,000 Syrians that were actively involved in combat actions in the Syrian Arab Republic expressed their desire to stay in Lebanon," he said.

"Considering the importance of the task," Mizintsev said he would ask the Russian, Jordanian and Lebanese ambassadors to "personally lead the joint operational headquarters to relocate refugees in Syria at the first stage".

On Friday, Moscow put forward plans to Washington to cooperate on the return of refugees to war-torn Syria, days after a summit between Presidents Vladimir Putin and Donald Trump in Helsinki.

Russia, the Syrian regime's key military backer in the seven-year conflict, estimated that over 1.7 million Syrian refugees will be able to return home in the near future.

Preliminary assessments indicated 890,000 refugees in Lebanon could return to Syria, in addition to 300,000 from Turkey and 200,000 from European Union countries.

Lebanon hosts close to 1 million Syrian refugees, representing an estimated quarter of Lebanon's population, and some Lebanese officials say the number is much higher.

On Tuesday, Prime Minister designate Saad Hariri welcomed the plan, saying he hoped it will be a serious effort to resolve the refugee crisis.

Many Syrian refugees would likely be reluctant to return home while the current regime remains in place, wary they would be targeted by its intelligence agents as potential dissidents.

Syria has some of the worst prison conditions in the world, where torture and summary executions are routine.

The Syrian conflict began when the Baath regime, in power since 1963 and led by Assad family, responded with military force to peaceful protests demanding democratic reforms, triggering an armed rebellion fuelled by mass defections from the Syrian army.