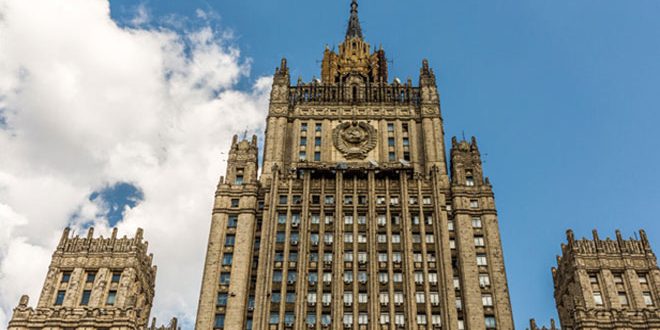 US refusal to participate in the 10th round of Astana meetings in the Russian city of Sochi as observer, at the invitation of Moscow, is regrettable, the Russian Foreign Ministry said on Monday.

Russia Today quoted the Russian Foreign Ministry Spokeswoman Maria Zakharova after a question about US non-participation in the 10th round of Astana meetings, saying that “the US has declined an invitation to attend this event as an observer. This response is regrettable, keeping in mind that Washington constantly gives assurances that it is willing to help the political process take place in Syria.”

Zakharova added that the Astana talks in Sochi are dedicated precisely to this objective, affirming that the Astana format is in no way an alternative to Geneva. Rather, it is designed to work out the practical matters, to ensure the progress of UN Security Council Resolution 2254 is kept on track.

“We see the US reluctance to send representatives to Sochi as a desire to lower the importance of the Astana meetings and discredit the implementation of the mediatory efforts in Syrian affairs that Washington is unable to put under its control. Moreover, the United States’ call to prioritize the Geneva talks, including under the pretext of aiding the UN Secretary-General’s Special Envoy for Syria Staffan de Mistura, looks disingenuous, given the UN envoy’s concerned personal involvement in the Sochi event,” Zakharova said.