Zaman al-Wasl and the Violations Documentation Centre in Syria have released the names of 8,000 prisoners who were tortured to death in regime jails writes Al-Araby al-Jadeed 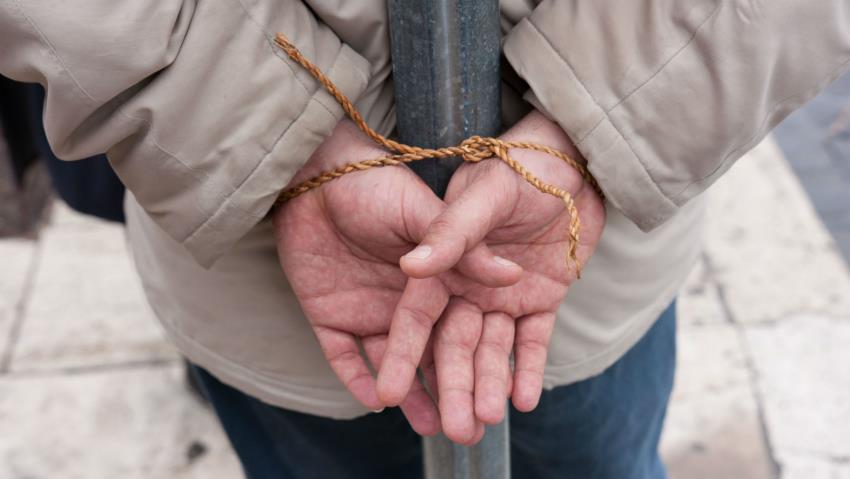 The names of nearly 8,000 people, likely tortured to death in Syrian regime prisons over the past seven years, were released on Sunday evening, in the latest confirmation of a campaign of systematic slaughter of detainees by the country's intelligence services.

The list of the murdered prisoners – which is not a complete account of all those who have died at the hands of the regime's prison guards – was released by the website Zaman al-Wasl in coordination with the Violations Documentation Centre in Syria, and comes on the back of the release of a huge number of death notices served to the families of detainees.

The 7,953 victims named in the document include men, women and children, who were likely tortured to death in regime jails since the outbreak of anti-government protests in Syria in 2011.

Among the thousands of dead are the names of 125 children and 63 women.

Although the victims came from provinces across Syria, most appear to be from the cities that saw the largest pro-democracy protests in 2011 and 2012.

Around 1,856 of the dead were listed as coming from the Damascus suburbs and 870 from the city itself.

They were likely detained when pro-democracy demonstrations swept through the capital's neighbourhoods, leading to the arrest of thousands of activists.

Hundreds more of those killed were from other cities and provinces that rose up against the Syrian regime including Aleppo, Idleb, Hama, Latakia and Deir ez-Zor.

There has been debate about the figures released by Zaman al-Wasl, with some activists claiming the list includes names already confirmed dead or still alive.

Daraya's Local Coordination Committee said the names lifted off their pages, contained incorrect dates, and many were already published in the Caesar Files – a document compiled from images smuggled out of Syria by a former prison photographer – according to BBC Syria Producer Riam Dalati.

At least 104,000 people have been arrested or forcibly-disappeared by the regime, according to the Syrian Network for Human Rights, with fears that many of these detainees could have been killed in prison.

Evidence has also emerged of the mass execution of prisoners with images revealing a crematorium at a Syrian prison.