There is already a lack of food, water and medical supplies. An assault by the government would exacerbate the situation to critical levels writes Al-Araby al-Jadeed 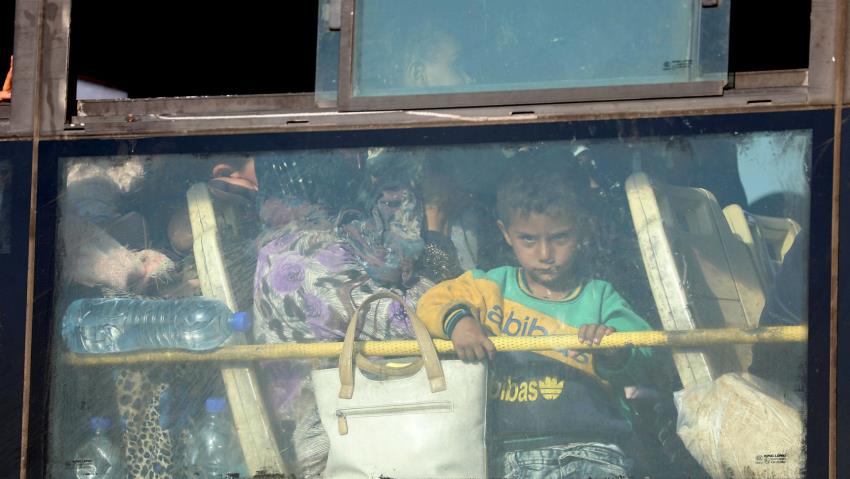 The United Nations Children's Fund (UNICEF) says a battle for Syria's Idleb province between regime forces and opposition rebels could affect the lives of more than one million children, many of whom live in refugee camps.

UNICEF says food, water, and medicine are already in short supply in the largely rural north-western province, now home to over one million Syrians who have been displaced from their homes by government offensives across the country.

The agency says a battle for Idleb, the last major bastion for Syria's political and military opposition, would exacerbate an already dire humanitarian situation, and potentially displace 350,000 children.

"The war is nearing an end… We are calling on you to join the local reconciliations, as many of our people in Syria did," said the leaflets, which were stamped with the military's seal.

These reconciliations, typically see rebels hand over territory to regime troops in exchange for a halt to the shelling, the return of state institutions, and a chance to either join regime forces or be bussed out of the area.

"The fate of your family, children and future depend on your decision," warned the leaflets.

Heavy artillery and rocket fire on Thursday morning slammed into territory around Jisr al-Shughur, a key town in the southwestern part of the province, according to the Syrian Observatory for Human Rights.

Idleb, which has escaped regime control since 2015, lies along the border with Turkey but is otherwise nearly completely surrounded by regime-held territory.

The province is the largest chunk of territory still in rebel hands, and President Bashar al-Assad has warned it would be his next priority.

Around 60 percent of it is now held by Hayat Tahrir al-Sham (HTS), which is led by Al-Qaeda's former Syria affiliate, while rival opposition factions also control territory.