Around 35,000 candidates will be contesting the upcoming local council elections, which are the first since 2011 reports Asharq al-Awsat 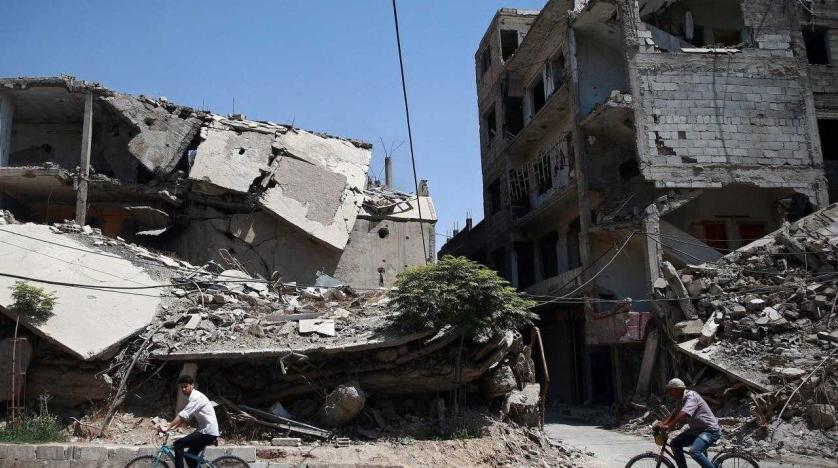 Suleiman al-Qaed, who heads the Higher Judicial Committee for Elections, said that 16,349,357 Syrian citizens have the right to vote and choose their candidates for the 18,478 local administration seats, stressing that with 8,222,701, eligible female voters exceed male voters.

Syrian local newspaper, Al-Watan, said that the Higher Judicial Committee for Elections, which is responsible for the electoral register, determines who is entitled to vote.

About 35,000 candidates will contest the town council elections next month in Syria's first local polls since 2011.

The number of local seats increased from 17,000 seats to more than 184,788 seats involved in the upcoming September elections.

Current figures undermine the credibility of a previous count conducted by the Central Bureau of Statistics (CBS), which put the number of people on Syrian territory to be 24.422 million by the middle of 2017, of whom it said were 11.941 million females and 12.481 million males.

CBS figures were an estimate based on a ‘normal’ growth rate of 2.45 percent.

They did not account for the number of Syrians killed and displaced during the course of a brutal eight-year ongoing civil war. CBS figures were also published without a proper mention of the destruction which befell civil affairs departments, the sole authority branch which can guarantee issuance of accurate census figures.

A great number of civil documents and registries were lost in the aftermath of the destruction of public offices and civil affairs departments.

Figures revealed by the Higher Judicial Committee for Elections show an increase in the number of females, consistent with general public observations of hundreds of thousands of males being killed in clashes, and yet more hundreds of thousands who have migrated to avoid military service.