The Syrian Observer sat down for an interview with opposition figure and presidential hopeful Jamal Suleiman to discuss his plans for Syria's future. 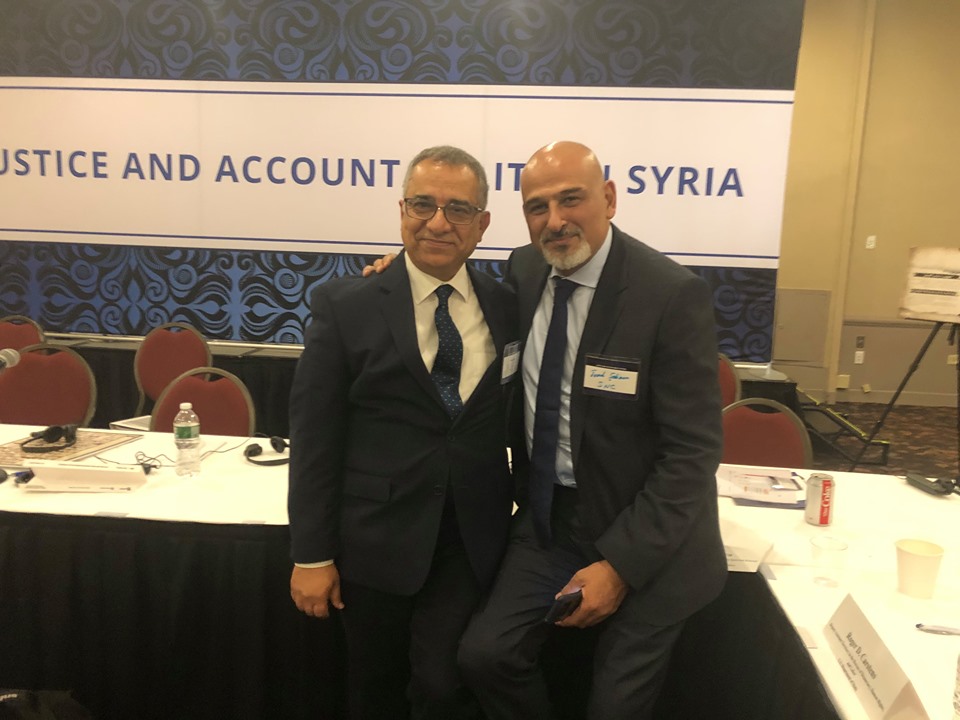 A lot is happening in Syria these days. When US President Donald Trump ordered the withdrawal of his troops, he gave Erdogan the green light to invade northern Syria. Later, Trump sent Vice-President Mike Pence and Secretary of State Mike Pompeo, to strike a deal with Erdogan, which gave Turkey everything and Kurds almost nothing.

Previously, UN Secretary-General Antonio Guterres had announced the creation of a constitutional committee that will include members of President Bashar al-Assad’s government, opposition representatives and elements from civil society. He added that he “firmly believes that the launching of a Syrian organized and led constitutional committee can be the beginning of a political path towards a solution.”

Jamal Suleiman is a member of the constitutional committee and was also elected to be a member of the smaller drafting team with 14 other members who represent the opposition in the committee.

But Jamal Suleiman is not only that. A few months ago, he detonated a bomb, when he announced that he would run for President in the coming elections, based on the new constitution.

I spoke to Jamal over the phone for hours, wrote to him, and finally met him in New York on the sidelines of the United National General Assembly meetings. The following Q&A is derived from those talks and meetings.

Jamal Suleiman, you have thrown your hat into the ring and announced intention to run for president in the anticipated coming free elections in Syria. I wanted to begin my interview talking about this issue. We were all stunned by the current development in the northeast of the country. What is your take on the situation?

I reject any military invasion of my country, including the Turkish one. On the other hand, counting on “endless American support” is a very bad strategy. I wonder if the leader of the YPG had read Robert Ford’s article few months ago saying that America will desert the Syrian Democratic Forces (SDF) after the war with the Islamic State (ISIS) is over. He may have read, but I believe not. The YPG, like other opposition parties, committed the same fatal mistake, they were over trusting of American support.

So what is the solution now, if there is any?

I think the YPG must revise their policies, and most of all disengage themselves from the PKK. They cannot ask the Syrians to recognize them as a Syrian party while they are part of a foreign organization. In the northeast as in other Syrian district, we have to view the struggle in a broader vision. As long as we have a trans-border organization, whether ethnic or religious, more wars will erupt on Syrian soil. The Turks are now fighting the PKK in Syria.  Syria cannot bear any more side conflicts.

So let us go back to your bombshell announcement you made a few weeks ago. Was that an act of improvisation or the result of contemplation and consideration?

It was a result of lengthy thought and consideration. However, we all know that there will be no credible election in Syria, whether presidential or parliamentary, unless we have a new constitution and safe and neutral environment in which all Syrians inside and outside the country can practice their democratic rights freely.

We all know there will be no solution of any kind in Syria without regional and international, mainly led by America and Russia, consensus. The Syrian Negotiations Commission (SNC) is still working with the UN and the special envoy to implement resolution 2254, which calls for a political transition in Syria from the existing tyranny, into a democratic state for all Syrians to live in freedom and dignity. The talk of the constitutional committee being key for this transition, has been ongoing for about a year and a half now, there has been a lot of work and effort invested to establish it, but the regime has done everything that it can in order not to make it happen. However, the recent news carries some hope. The constitutional committee has been announced and its work is about to start.

If elections are imposed on us, or chosen by us, how do you perceive the regime’s status?

We all know that the Syrian tragedy is mainly a result of the regime’s determination to stay, indefinitely, in power, against the will of the majority of Syrians, and regardless of the huge cost. That is why we believe the regime will not accept any change, whether through elections or by any other means, unless there is strong pressure that leaves the regime with no other choice.

This is the first time that an opposition figure has considered playing the elections game. It needs a lot of courage. This is a gamble. Did you announce your willingness to run for president because you wanted to be president OR because you wanted people to consider this option seriously?

In fact, I have been looking for both. We Syrians, for decades, didn’t dare to think about being a candidate for presidency. It has been the forbidden fruit. I wanted to normalize the idea in the minds of the Syrian people. I want Syrians to say: “Yes we have the right to stand for presidency in our country. We are all citizens, and let our fellow citizens choose.” I believe Syrians need this message.

I believe there are three groupings you need to keep in mind when discussing the issue of running for president: the Syrian people, the Syrian opposition and foreign powers. How would you address each groping?

I totally agree with you. Regardless of any election, as an opposition figure and political negotiator, I have always been focused on addressing all Syrians. My message to them has been that any fair political solution can not be solely for the benefit of one party, but must benefit all Syrians, because it will bring peace, stability, democracy, accountability and new hope for all. We have to overcome our pain and great loss in order to bridge the valleys between us and make a new start together. Of course, transitional justice is vital to guarantee reconciliation with the painful past.

The Syrians need to make sure that their new president does not belong to one social component or sect or party. They need to feel that he holds the office for everyone. He is there to facilitate reconciliations and lead them to a new era of hope. A president they have chosen freely and want stay forever. A president they can question.

How about the international community?

Well, when we look at the future of Syria, I do believe that the international factor is quite influential. My message to them will be that it is very important to help the Syrians choose their own president, and to make sure he or she are not entwined in international circles. Of course, Syria is in great need of international support. Any future president, in order to stabilize the country, must launch the reconstruction process and bring investment to kickstart the economy and create jobs, which will need international support. I presume, It is also in the interest of the region and the international community to see Syria standing up again free of dictatorship and terrorism. Otherwise, we will witness more threats to the already shaken stability and wave after wave of radicalism and terrorism.

But where does the opposition stand?

Unfortunately, the opposition failed throughout this struggle to present leading figures. That resulted in silly statements, such as, “Yes we know Assad is no good for Syria, but we don’t see any alternative”. I believe that such assumptions implies some sort of disrespect, and a lack of knowledge of Syrian society and highlights the failure of the opposition. Therefore, it is time for the opposition to realize its duty and present its candidates for both presidential and parliamentarian elections.

Read the second part of the interview.