A National Coalition leader, Suhair Atassi, welcomes any political solution in Syria but says Assad and all those who participated in the bloodshed and slaughter cannot be part of the solution 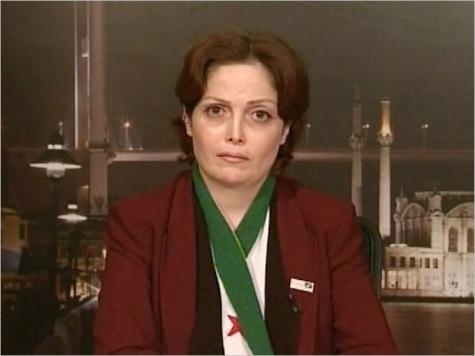 The Assad regime has responded to the Geneva 2 initiative by committing massacres, storming Qusayr and involving Hezbollah to incite sectarianism and lead Syria to partition, the deputy president of the Syrian National Coalition, Suhair Atassi has told All4Syria in an exclusive interview.

"We welcome any political solution in Syria, but we are quite clear that [President Bashar] Assad and all those who participated in the bloodshed and slaughter cannot be part of the solution," Atassi said.

Atassi also clarified the Coalition's demand for guarantees from the international community that Assad will open humanitarian and relief access.

"We are asking our international partners to explain the features of the agreement and whether there is any common ground between the Americans and the Russians," she said.

Atassi said the Russian interpretation of the Geneva 2 agreement, which suggests Assad can stay in power until 2014, is unacceptable, adding that Assad has clearly stated that he will not resign.

Speaking about the reform of the Coalition, Atassi said the entire opposition spectrum reaches out to all those currently not represented in the body.

"We can be partners with clear and common goals, the goals of the revolution," she said.

"We can be partners in putting together the basic constitution, regulations and policies of the Coalition. We know there is a lack of representation of young people and women."

Agreeing that the demographic representation was also a matter of controversy, Atassi said the expansion of the Coalition is aimed at liberalizing the body and allowing it to make independent national decisions.

"We don’t want to enter the tunnel which we have gone down before. We don’t want to be overly expansive or long-sighted. There is a crisis which needs close unity in order to carry out our responsibilities."

"You are surely aware that there is disagreement about this. There will be discussions, and I think that the relationship between the Coalition and the Syrian transitional government will be determined based on decision-making powers given to this government and its members."

Atassi said there needed to be international and regional consensus on the prime minister of the transition government.

But, she said "we want a consensual prime minister, accepted by opposition and revolutionary forces first. There cannot be any consensus between different countries – it's impossible and unreachable. We can hardly find a consensual person in the interior alone."

"Today the coalition has to go back to the revolution inside Syria, to those who give a hand, or work in relief. The decisions are made there and not anywhere else."

And, on the role and activities of the Aid Coordination Unit (ACU), Atassi said: "I think that the best thing we achieved through humanitarian support was liberating the humanitarian work from certain political loyalties."

"The humanitarian unit was born of the Coalition and the revolution, and it has done a lot to force the international community help Syrians. It was sought after we saw the chaos and haphazardness with which humanitarian work was being conducted," she said.

Atassi said some humanitarian efforts and funds had been tied to political aims and affiliations, and that in some cases, they being used to buy loyalties via certain political figures or groups, or through religious justifications.

She said the ACU was established to deliver aid to those who needed it, without discrimination and without wanting anything in return. She said the Syrian people had tired of loyalty-buying exercises.

That is why, she said, "we fought aggressively to keep the ACU separate from all political affiliations."

Atassi admitted that media work had been neglected because the ACU had been more concerned with mobilizing international support and cooperation with the new humanitarian institutions.

Meanwhile the unit, she said, had worked to draw working maps for the humanitarian needs in each region, including flour, milk, electricity, water and sanitation. She added that 88 humanitarian surveyors are now operating in Syria and had issued three reports evaluating the requirements of six regions in the north, those in Aleppo and those in refugee camps.

Atassi said the work had slowed due to a delay in completion of these maps, along with the map of working partners on the ground (local councils and humanitarian networks which have been operating since the beginning of the revolution).

"That means the ACU will use all those working on humanitarian issues to build a comprehensive network across every sector and every governorate."

Atassi emphasized that "the ACU doesn’t want to eliminate any side, but we may exclude those whose humanitarian work is being used to buy loyalties or further their political reputation, or to benefit from certain political affiliations."

"When we take this approach, some will feel the ACU has impinged upon their power. The unit doesn’t want this power. It delivers humanitarian aid only for humanitarian purposes according to previously determined regulations," she said.

Atassi said this focus made it natural for the media to attack the ACU, but that "this doesn’t excuse anyone for the neglect of its duties in media relations in communicating the core of the unit's work, who its international partners are, the nature of these partnerships on the ground and what has been achieved."

"If these things were clarified, the media attack would be lessened. The attack is natural as long as there are people who try to defend their own power. But, I don’t think it would have been on this scale had we had had a media unit administering a website and communicating the ACU's work transparently, including its sources of funding and how those funds are being spent."