An interview with Yasser Munif on Manbij, a city governed by a revolutionary council and that saw the creation of Syria's first free trade union and independent police force 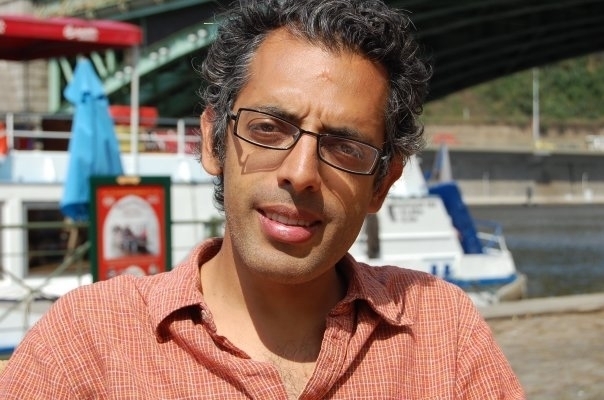 The story of Manbij, a city of 200,000 people located east of Aleppo is little known. However, this is where Syria’s first free trade union was created, a city governed by a revolutionary council with an independent police force and several newspapers. Yasser Munif, a Syrian academic based in the US, who visited the town in December, before the fighting erupted between rebels and jihadists across all north and northeastern Syria, tells us more about his experience.

You returned in December from Manbij, in northern Syria. Can you explain what you were doing there?

Along with a colleague of mine, I received a grant from the Arab Council for Social Sciences to conduct a research project on refugees and reconstruction in Syria. I conducted research in Manbij during the summer and went there a second time in December. The work focused on the management of the city after its liberation. I paid close attention to how institutions (economic, legal, political, etc.) work in a revolutionary situation and how they are maintained and how new ones are created despite the lack of funding and the know-how.

Can you tell us more about Manbij and why you chose it for your research?

Manbij is a town of 200,000 people in the Aleppo governorate, located some 30 minutes from the Turkish border. The population is mainly Arab with a minority of Kurds. It’s a rural town with little state institutions and it looks more like a big village than a city. Its population has now doubled to some 400,000 because of Internally Displaced Persons (IDPs). Its economy relies largely on agriculture and it has no meaningful industry. The main economic institution in the town is the flourmills, which produce some 500 tons per day, or around 5 percent of Syria’s daily consumption. The flourmills of Manbij feed some 1 million people a day. The town has been neglected for a very long time by the government but one of the positive points of this is that there are no military or security presence near it, which helped preserve the city. Besides the fact that it was relatively big and accessible, we chose Manbij because it had a strong revolutionary movement and a functioning revolutionary council managing the town.

Was there some form of normality in the town’s daily life?

Yes, in a certain sense daily life was more or less normal. The town’s main institutions function, electricity and water are available. But most people are poor and consume only the most basic food items. Many people don’t buy any more fruits and vegetables, only grains, tea and sugar. And unemployment is estimated at around 50 percent.

How is the town managed in the absence of formal state institutions?

The town is managed by a revolutionary council, with a Sharia court and a police force. The revolutionary council is made of 20 persons and acts as the executive body. Then you have the Revolutionary Trustee Council that is made of some 600 people and acts as a sort of legislative house. The Trustee Council meets on a weekly basis. There was originally a revolutionary court, which was a positive experience with seculars and liberals part of it but they had no funding and no police to implement decisions and to keep order. However, five months ago, a police force was established with around 60 members, which is improving security conditions. Meanwhile, a Sharia court replaced the revolutionary court. So unfortunately, it’s a more religious form of law that is applied but at least the court is now better funded and with the presence of a police force its decisions are being implemented. The city also has several newspaper and it has what is, to my knowledge, the first and only trade union established in the liberated areas. The union is already campaigning for a rise in wages.

Is the population accepting the new order?

The revolutionary council is facing structural problems such as the lack of funding or expertise. The population is split.  Some people understand the revolutionary process and are willing to support the council in these difficult times but many don't. To a certain extent, revolutionaries isolated themselves from the rest of the population because they didn’t allow “non-revolutionaries” in the Trustee Council. So many people were left out and the revolutionaries alienated themselves. Also, the revolutionary legitimacy has a time limit, it cannot be overused over a long time period; at the end of the day you have to provide services to the population. I also think that they made some mistakes, for instance by selling bread at cost price or by not collecting fees for the provision of water and electricity. It could have been a way to generating income that would have helped the council to fund other projects. When the Islamic State in Iraq and Syria (ISIS) came over, they raised the price of bread, which helped them finance themselves. But people are learning to adapt and as I said the city is very much functioning comparatively speaking.

How did ISIS manage to have a foothold in the city?

ISIS used a dual strategy in the liberated North.  It terrorized the population by kidnapping activists and beheading prisoners but it also provided certain services to win hearts and minds. In Manbij, it had a limited fighting force but took over the flourmills and through that had a control on the supply of bread. Prior to its arrival and after the departure of the regime, there was a lot of kidnapping so initially the population welcomed the arrival of Ahrar al-Sham and al-Nusra which turned later into ISIS. People were hoping these groups would bring some stability to the city; and they were partly efficient in doing so thanks to a strong and efficient pseudo-court and swift implementation of sharia through the use of violence. Also, ISIS benefitted from the support of some segments of the population, who lost out with the fall of the regime.

So, if I understand well, the revolutionary council and ISIS existed side by side

Yes, ISIS came at a time the revolutionary council was weak and without funding but gradually, the council established a police force and the Sharia court became more efficient. Also, the population started to resist ISIS because of bread shortages, its attempt to exert too much control over the life of the city and of its population, the fact that it was not fighting the regime and that its leaders were all foreigners, mainly Egyptians Libyans and Tunisians, although many of the foot soldiers were Syrians. During my second trip, the population was clearly and openly rejecting ISIS control over Manbij. You would see graffiti on the walls, for instance, such as “ISIS out” or the raising of a very large independence flag – a flag ISIS bans. A cultural club was also set-up giving the opportunity to debate. Gradually, the ISIS people became more afraid and remained constrained to their barracks, very much like the regime did in rebellious regions. Therefore, when the revolt against ISIS began the city was ready. The police force was instrumental in the operation to kick them out as were many residents who are armed but do not belong to any brigade of the Free Syrian Army.

Is the regime entirely absent?

Yes, in the sense that it has no military presence and no control whatsoever over the life of the inhabitants. However, it continues to pay salaries except for people who have joined the Trustee Council or who are known for their support to the revolution. So, you sense that the regime still plans for the future and for the fact that it may need support in the town if it ever comes back. It also finds other ways for keeping some controls. For instance, doctors and nurses working at the state hospital in the town have to go to Aleppo to collect their salaries and therefore they have to go through regime checkpoints, forcing them to keep a low profile in Manbij.

What are the challenges ahead for the city?

First of all, the city continues to be the target of regime planes. Also, the fight with ISIS is not yet over. ISIS can still be very harmful. And, of course, Jabhat Al-Nusra, which is profiting more than others from the battles against ISIS, carries a very worrying ideology too. I am hopeful, however, that the revolutionaries will act as a counterforce. The fact that the area is not diverse from a sectarian point of view, also remove the card of sectarianism from the hand of the jihadists. A positive development I noted between my two visits is the fact that the rejection of ISIS also helped reduce sectarian feelings. During my second trip, I heard people frequently saying that they were fighting the regime, not the Alawis or any other sect. One important issue for the coming period is the continuing supply of goods and services to the city. It is worth noting that very little international help is reaching it. There is also the issue of political representation because most people do not like The National Coalition in Manbij. Finally, I think that one of the issues is the fact that the council has no armed wing and when you don’t have an armed wing it is difficult to impose law and order. People saw the difference after a police force was created but you need an institution that is more powerful. There are now more than 70 different brigades in the town alone. That is totally unmanageable and something should be done about it.

What forms of support would you suggest to provide to Manbij?

It can take different forms. Delegations of various types can come, such as doctors, or lawyers providing legal advice. One could also provide small targeted financial help, for instance $1,000 to dig a well, or $200 to purchase one ton of wheat. The experience of Manbij is also not known enough and people need to hear more about it and its experience.