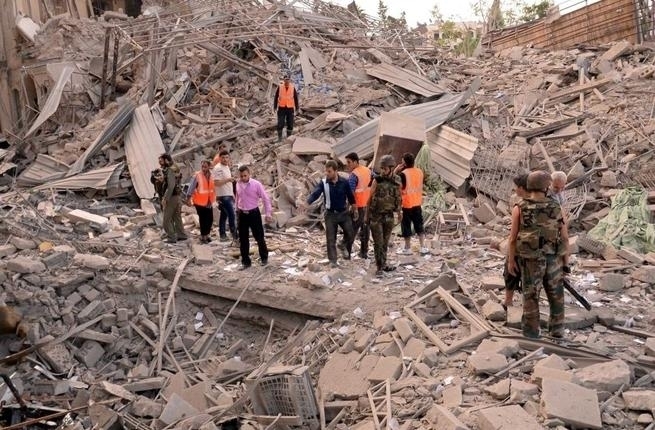 What do you think of the plan put forward by the UN Envoy for Syria Staffan de Mistura?

President Khoja: We welcome any effort aimed at stopping the bloodshed in Syria, and this has been the position of the Syrian Coalition since it was established. De Mistura informed me about the ideas contained in his initiative during a telephone conversation two days ago. I told him that this requires a careful and detailed study, and that stopping aerial bombardment must include all Syrian cities, and that there must also be an end to the killing on the ground.

How do you view Assad’s approval to stop the bombardment of Aleppo for six weeks?

PK: The Assad regime’s long track record in violating truces and agreements held with rebels in many areas across Syria over the past four years has revealed the regime’s goal behind these local truces, which is to gain more time and escalate attacks on the rebel-held areas.

The Assad regime’s compliance with peace initiatives will be judged by actions, not words. Meanwhile, in conjunction with de Mistura’s announcement that Assad agreed to halt the bombing of Aleppo, regime forces continued to mercilessly pound Eastern Ghouta. The district of Douma alone was targeted by over 1,000 air raids, within 10 days, while the Waer neighborhood is still being ravaged by non-stop shelling and a crippling siege.

Moreover, Daraa province is coming under a full-scale invasion, led by the Iranian Revolutionary Guard and Hezbollah militiamen.

In your opinion, do the ideas put forward by the UN envoy ensure a comprehensive solution to the Syrian crisis?

PK: For a solution to be comprehensive, de Mistura’s proposal must ensure stopping other means of killing and fighting terrorism, including state terrorism practiced by the Assad regime.

The Assad regime is by no means a partner in the war on terror nor will it be. It is the real source of terrorism in Syria, and the threat of terrorism will not disappear from the region unless its sponsor, namely the Assad regime’s security apparatuses, is dealt with and dissolved.

The Assad regime has played a vital role in drawing in extremist organizations, including Hezbollah, which continue to perpetrate crimes against the Syrian people. The Assad regime has also paved the way for terrorist organizations to grow and fester, and provided them with air cover whenever they clash with the Free Syrian Army. The regime has even avoided targeting headquarters and training camps used by the extremist groups, instead committing all firepower to hit positions of the Free Syrian Army.

In the event of reaching a deal, will you abide by any possible ceasefire?

PK: The FSA’s General Staff and all FSA factions will fully abide by the terms of the agreement that will be announced in the event of reaching a real solution – one that achieves the demands of Syrian people and restores security and stability to Syria. The FSA’s General Staff has repeatedly demonstrated its commitment to all international conventions and agreements.