Khaled Yacoub Oweis, a visiting fellow at SWP, the German international affairs think tank, argues that the objective of international envoy to Syria Staffan de Mistura should be the protection of civilians and not the creation of freeze zones, which, short of a balance of interests on the ground, will become killing fields 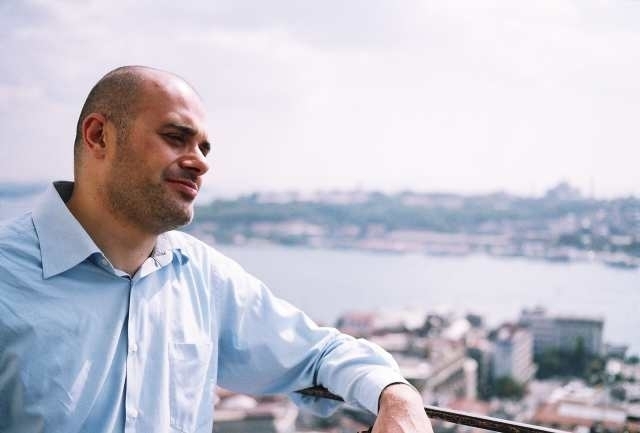 After several months of opposition gains, the Syrian regime has recently launched a counteroffensive in the south. Why did it do so now and what is the situation on the battlefield?

The possibility of the Free Syria Army and the Nusra Front linking with the southern suburbs of Damascus has alarmed the regime and it resolved to go for a counteroffensive with the support of its backers, Hezbollah and Iran. Assad’s forces took back several positions at a relatively heavy cost. It lost around 20 tanks so far and it does not appear we will witness a Qusair-like scenario in which the opposition would crumble quickly.

The southern region is big, there are dozens of towns and villages; the terrain, especially in Quneitra, is hilly and rugged, and the opposition is on many hilltops. It will not be an easy battle for any of the two sides. Meanwhile, the city of Daraa remains contested and the battlefield there will test how much the international backers of the opposition are willing to go to support rebel brigades in Daraa to prevent the regime from making any significant advances in the city.

Would you argue that the regime has at least won some breathing space, and gained time before a potential assault on Damascus from the south?

The outside backers of the rebel forces are not interested in dealing any military blow to Assad because their whole strategy is to keep the status quo as much as they can. The best example of that is the city of Daraa. These backers never supported any potential rebel move to take over the city although it could have been the first capital city of a governorate to fall into the hands of the FSA, which could have made of Daraa a model and built an alternative administration.

The downfall of Daraa would have undercut Assad’s prestige and claim of military prowess but the powers supporting the opposition in the south – mainly the United States, Jordan and the Gulf Arab states are satisfied with the status quo. On one hand, they are not sure there are enough moderate rebels remaining to take the city and keep it under control, nor are they interested in finding out. So, in a sense Assad always had enough time and never felt really threatened. But the fall earlier this year of Sheikh Miskin, a major military base which is about 60 kilometers from Damascus, forced the regime to take action.

How do you explain the reluctance of the West and what is its strategy?

Since the beginning of the revolt, the West has made statements on the need for Assad to go without taking any serious steps to act on these words, and that was before the emergence of Al-Qaeda and the so-called Islamic State. Now containing the militant jihadists have become the priority, covering up for lack of strategy to deal with Assad in the first place. At the same time, Russia has ensured that Assad’s military machine is well supplied through Syria’s Mediterranean ports and the regime has had a clear strategy of targeting civilian areas to subdue the opposition.

What is the respective size of the FSA and of the Nusra Front among opposition ranks in the south?

It is difficult to say precisely but it is clear that the withholding of arms from the FSA and the dithering by outside powers backing it have tremendously weakened the FSA and swelled the Nusra ranks, leaving only an estimated 40,000 rebels regarded as moderate across Syria. For three years now, the regime has been using its artillery from a base called Panorama in Daraa to bomb all the areas within a 20 km radius and no one has been able to silence it because the FSA has no heavy weaponry. Such a situation makes it easier for people to look to Nusra for protection.

What is the role of Jordan in all this? Its position appears to have been ambivalent towards the Syrian war so far.

I think we shouldn’t overestimate the power or role of Jordan. It is mainly a conduit for Western and Arab support for the rebels rather than a main supporter on its own. Jordan is a small country, its society is fragile, and the king has to play to an East Bank tribal constituency that is the pillar of the army and security apparatus. So Jordan’s strategy does not go beyond maintaining internal stability and accommodating the US and Saudi Arabia, the kingdom’s main financial backers. Now Jordan faces new challenges. If the battles for the control of Daraa were to expand significantly, will Jordan allow Assad and Hezbollah to score a victory right on its borders?

How are the areas under the control of the opposition administered?

After several failed tries, a local civilian governorate council entirely made of people still living in Daraa was elected at the end of last year. Many of them are close to opposition political leaders in the Syrian National Coalition and other organizations, still advocating the values of the revolution. Some 100,000 refugees returned from Jordan to Daraa, mainly in 2014, because the conditions became difficult in the camps and across Jordan. Obviously, the regime hates to see any form of alternative administration that can be a substitute for Bashar al-Assad and it will do everything to destroy it as it has been doing in Aleppo.

In your report, you say that De Mistura’s freeze plan should begin in Daraa rather than Aleppo. Why so?

Because ceasefires cannot succeed unless you have a real balance of interests and if the stakes are high enough to force the two sides to stick to the terms of the ceasefire. Otherwise, the risk is high that De Mistura would succeed in creating nominal freeze zones that will become killing fields, similar to the 1995 Srebrenica massacre in the Bosnian war. Srebrenica was nominally a safe zone but you had a warring party that was superior militarily and it did what it wanted. The regime has already breached the ceasefires rebel brigades agreed to under duress such as in Yarmouk, Qadam and Mouaddamiya around Damascus because the rebels were much weaker. The result has been silent massacres and the disappearance of those the regime seized for so-called administrative interrogations. In Daraa, there is more balance on the ground and fewer besieged areas to try at least to create an arrangement to take the civilians outside the conflict, similar to the 1996 April Understanding between Israel and Hezbollah. That understanding was breached from time to time, but it recognized that the two sides wanted to fight each other and it saved lots of civilian lives.

But De Mistura is saying his freeze plans will not amount to opposition surrenders?

Let’s suppose you get a ceasefire in one town. What will happen? The regime will tell its pilots to not to drop barrel bombs on that town but hit the next one. Assad has an army with a central command structure so it is easier for him to move forces around. On the other hand, rebels are made of local units defending their own areas.

So isn’t the ceasefire worth trying?

The two sides believe they can win and are intent on fighting. The objective should be the protection of civilians from the fighting and De Mistura worked in Lebanon and knows the April Understanding. So far, his freeze plan appears to be unworkable. He has only managed to undermine the Turkish proposal for a no fly zone in the north while civilians on both sides continue to be killed

Regardless of what he pursues, De Mistura will find it difficult to dissuade the regime from changing its strategy, which rests on the carpet bombing of civilian areas, similar to the one adopted by the Russians in Grozny.

Khaled Yacoub Oweis is a veteran journalist who worked as a senior correspondent for Reuters news agency in Damascus, breaking the news of the Syrian revolt in March 2011. He is now a fellow at the German Institute for International and Security Affairs (SWP) in Berlin. Oweis authored a SWP research report entitled: The Last Bastion of the Syrian Revolt: Southern Syria Offers Non-military Venues to Strengthen the Moderates. The report, which was published this month, can be read at http://www.swp-berlin.org/fileadmin/contents/products/comments/2015C05_ows.pdf