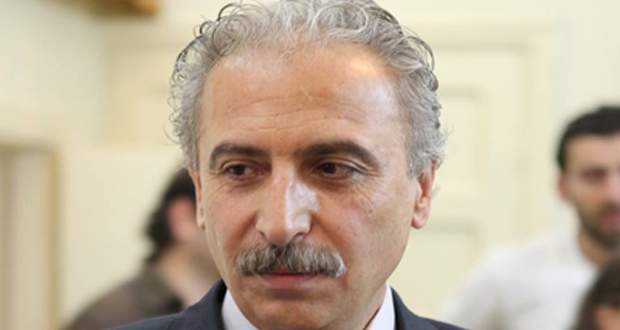 The decision issued Monday by Russian President Vladimir Putin was unexpected, especially after repeated statements from officials in Moscow that the presence of Russian forces in Syria would continue until the “terrorists” were completely eradicated.

Russia announced it would immediately begin steps to execute Putin’s decision, adding that it had already withdrawn part of its forces in Syria, without indicating the number of forces that will remain following the decision.

To talk about this step and its consequences, All4Syria met with the head of the Building the Syrian State movement and member of the High Negotiations Committee, Louay Hussein:

How do you view the Russian president’s decision?

About six months ago I wrote an article under the heading, “Russian arms for Damascus are just for show,” that said in one of its paragraphs that “the recent Russian military support for the Syrian regime aims exclusively at regaining Russian hegemony over the regime, its will and its decisions, by showing that its possession of these new weapons is a major force in confronting the Islamic State group, and thereby controlling them by threatening to stop the supply of weapons.” I said this before the Russians began directly attacking ISIS and other positions.

Now I think the Russians agree with the Americans about the issue of presidential elections after a year and a half, but the response of the Syrian authorities came from their foreign minister, Walid al-Muallem, that they do not accept this kind of statement.

I think Muallem’s speech was more than negotiating rhetoric, namely escalatory media rhetoric which can subsequently be waived. But I think to understand this statement, the Americans sought clarification from the Russians, who in turn asked the Syrian authorities about the seriousness of this speech and were shocked by the Syrian position. This necessitated a call by Putin to Assad to threaten to withdraw his forces if he did not accept his deal with the Americans. But I think Putin is not fully aware of the level of stubbornness which Bashar al-Assad has reached, which compelled him to carry out his threat and order the withdrawal of his troops and leave him to confront his regional rivals.

Do you think this will affect the Geneva talks?

Definitely. This will make the entire political process collapse, including the ceasefire, since I think that within a week we will notice a Russian pullback from serious sponsorship of the political process and the Geneva talks. This round of talks will probably conclude without setting a date for the following round which will be suspended like Geneva II.

It was interesting the Americans said they did not know about the Russian decision. Do you think this is true?

It’s definitely true. I think we need to give up imagining that everything that happens in the world is planned and agreed upon between the United States and other parties.

How do you view the next stage after this announcement?

I think we will see a sharp media escalation from the regional countries hostile to Bashar al-Assad and his regime, followed by an escalation of arming some militant groups loyal to these countries. The country will head once again toward destruction and fighting if Washington does not intervene to find a means of preventing it without Damascus reaching a state of chaos, something which is rejected by Israel, followed by the United States and the nations of western Europe.

But this is a general perception of the coming days, since the future now has become open to all negative possibilities.