Following the meeting between Bashar al-Assad and Vladimir Putin, Assad finds himself torn between the conflicting demands of Russia and Iran, according to Baladi News. 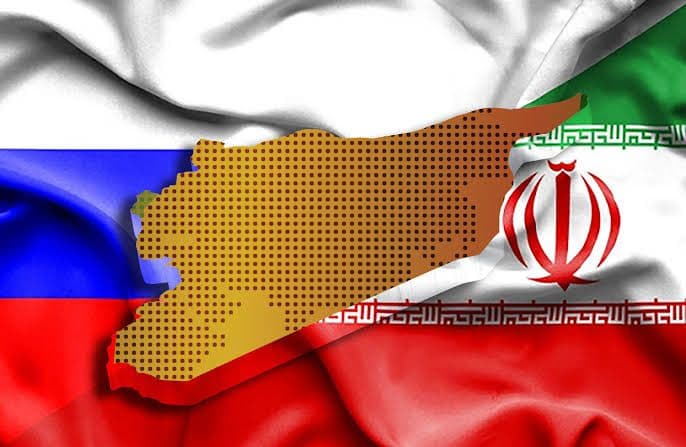 A few days ago, Bashar al-Assad was summoned to the Kremlin, as a result of several circumstances, where he met with President Putin. The Assad regime spread rumors that the meeting focused on economic aspects and the “liberation” of Syrian territory — which refers to American and Turkish presence in Syria.

The Russian Foreign Ministry’s response to these rumors came shortly after. One of the Russian foreign ministry advisers harshly stated, “What has been said does not reflect Russia’s position at all, but is quite the opposite. There is no alternative to Security Council Resolution No. 2254, and the work of the Constitutional Committee should be resumed very soon.”

Information was received from Moscow, regarding the meeting to which Assad was summoned to meet Putin. They confirm that the main themes revolved around activating the political track by reviving the work of the Constitutional Committee and launching an internal Syrian dialogue – especially with the SDF. In addition, they discussed Assad’s openness to the Turkish side, which could be used by Russia.

What is remarkable is that the Assad-Putin meeting did not address the Iranian presence in Syria. The Kremlin realizes that Assad is in Iran’s orbit and cannot be trusted. Iran is the main force threatening Russia’s political presence in Syria –despite their military, media, and political cooperation– as well as their brutality in crushing the Syrian revolution.

Russia has no interest in any future battle, so an Iranian presence along with its militias is not necessary. Iran has finished its dirty mission in Syria as part of its imperial project. It has spent billions of dollars and resulted in the death of thousands among its own killers. It then clashed with its Russian partner which aims for economic projects instead, such as reconstruction, re-arming, and controlling the joints of the Syrian economy.

Read Also: What Does the Summit Between Assad and Putin Involve?

Hence a silent battle is taking place between Russia and Iran to dominate the remaining military power of Assad, where Iran remains the first to dominate areas under the influence of the Assad regime. It controls the capital, Damascus, and its military bases are spread in its vicinity, and on the hills overlooking the occupied Syrian Golan heights.

Iran was able to consolidate its influence through the Fourth Division, led by Maher al-Assad, and a network of common interests, many of which through Shiite sectarianism. These parties were granted investment concessions as bribes to several of Assad’s officers, who control the security establishment, led by air intelligence services. They have also bribed the leaders of newly formed local Shiite militias, while also paying off many influential social and cultural figures. Accordingly, Iran has established local forces in Syria to defend its primary strength in the region, which is represented by the Hezbollah militia in Lebanon.

The Russians are trying to restructure Assad’s military force and security services in accordance with its policy regarding the Syrian issue.

Thus, Russia cannot overcome the sheer weight of leverage that the Iranians hold over the Assad regime. Iranian militias are scattered in all of Syria’s regions, on all its fronts, right up to the outskirts of the presidential palace. Meanwhile, the Russians are lurking with their airpower at Hmeimim airport, with their secret understandings with Washington, and, in other cases, with Tel Aviv. For these reasons, Assad remains in a major quandary between Russian demands and the Iranian project. Assad now faces a confusing choice, to be a follower of Iran or Russia.