Officials from the SDF have expressed their concerns about the eventual U.S. withdrawal from Northeast Syria, which prompts them to work for a political solution, according to al-Souria Net. 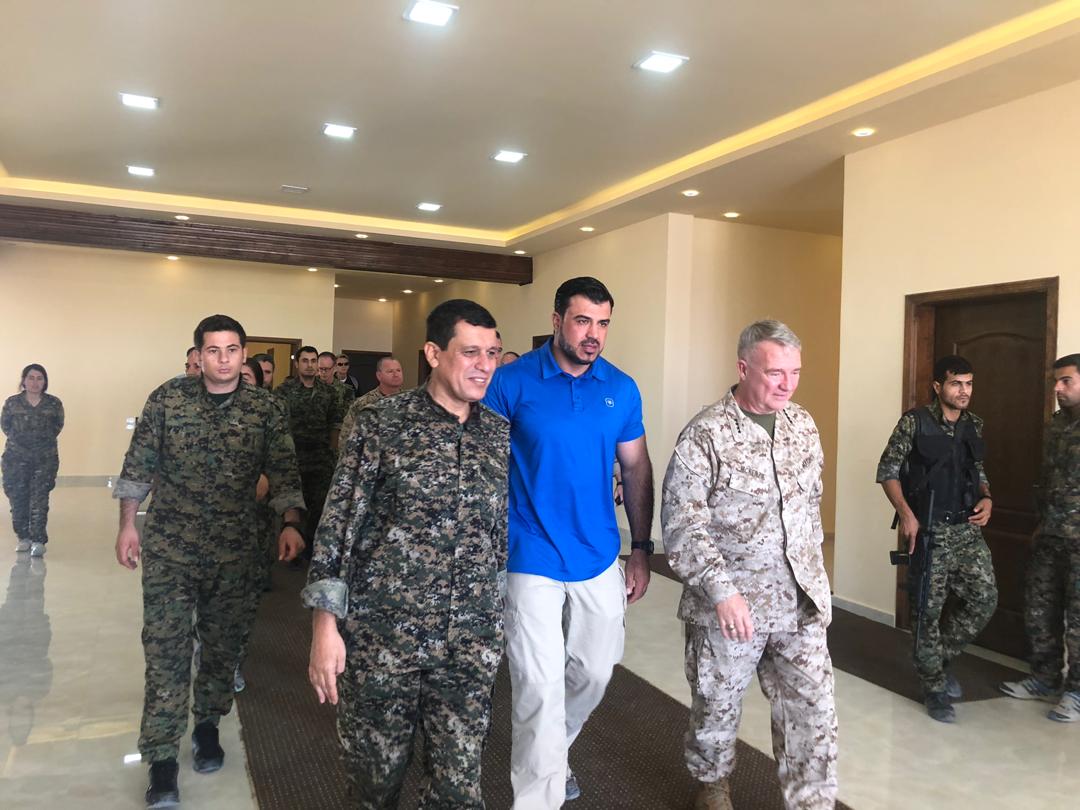 The Chief Executive Officer of the Syrian Democratic Council, Ilham Ahmed, said that the U.S. presence in northeastern Syria is “a guarantee of political understanding.”

In an interview with Asharq al-Awsat, Ahmed said that Joey Hood, the acting Assistant Secretary of State for Near East Affairs, had renewed Washington’s commitment to keeping its forces east of the Euphrates.

“In the absence of the U.S. sponsor, there will be risks to the future of the region,” Ahmed said.

“If America decides to withdraw, it must be within a timeframe according to a well-designed plan, under which we have reached lasting political solutions and understandings about the region’s fate,” she said.

“Learning from past experiences, we are always looking for alternatives, and we believe it is necessary to have allies and options. These help to protect the gains of our people and avoid us suffering additional setbacks,” she said.

Riad Drar, president of the Syrian Democratic Council (SDC), said that there are “real concerns for the region’s political and military forces, which increased after the U.S. military withdrawal from Afghanistan.”

“This (withdrawal) could have disastrous consequences, if one of the forces supporting some of the country’s groups pulls out,” Drar said in an interview with Iran’s Tasnim news agency.

Read Also: U.S.: We Remain in Syria Without Seeking to Change Assad

“The SDF doesn’t know if Washington wants to withdraw Syria or not. No one can argue that it fears that the U.S. will withdraw, given that the Americans will eventually leave one day,” he said.

SDC officials called for Russia to impose pressure on the Assad regime and force them to engage in serious dialogue, whereby the regime would “sit at the negotiating table and resolve outstanding issues peacefully.”

Questions have been raised in recent days about the fate of U.S. forces in northeastern Syria after their withdrawal from Afghanistan. That decision led to the Taliban’s rapid rise to power over most of the country.

“The impact of this (America’s withdrawal) will last forever,” SDF commander Mazloum Abdi told The Washington Post a few days ago.

America supports the SDF politically and militarily. There are about 900 U.S. troops in the region, as well as international coalition military bases in the region.