Mouawiya Syasneh, one of the children whose anti-regime graffiti in Daraa ten years ago sparked popular protests in Syria, recalls what happened to him to Asharq al-Awsat. 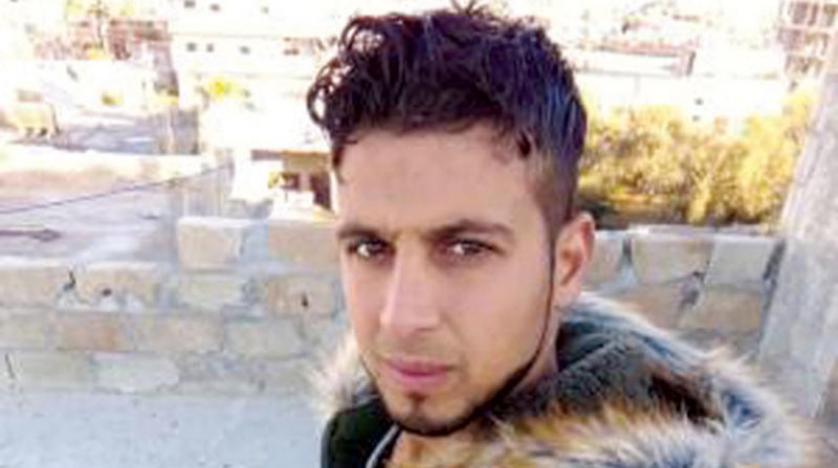 “I have no regrets and I am ready to do it again,” declared Mouawiya Syasneh, one of the children whose anti-regime graffiti in Daraa ten years ago sparked popular protests against Damascus’ iron-fisted rule.

Daraa is now known as the cradle of the revolution that has evolved into a brutal conflict pitting the opposition against the regime.

“I would do it again twice and thrice if it means not living under a regime that has not spared a single means of killing and destruction against our people,” Mouawiya told Asharq Al-Awsat.

Mouawiya was forced to quit Daraa, but his departure paved the way for a new phase of struggle against the regime. He was among the second batch of people who were displaced from Daraa through a Russia-sponsored agreement on Daraa al-Balad. He has found a new home in Aleppo.

With the eruption of the so-called Arab Spring revolts across the Arab world a decade ago, people were pinned to the television screens to watch the rapid developments.

In early 2011, protests swept Daraa when regime forces arrested 20 children, who were no older than 15, for spray-painting anti-regime graffiti on a local school wall.

Mouawiya was among the detainees.

“We were just children back then. The most we dreamed of was playing and staying up late,” he recalled. “We avidly watched the developments in the Arab world. Our parents doubted whether such revolts could be taken up by the Syrians against a regime that controls the country through its security agencies and military.”

He recalled how he and several of his friends impulsively wrote the graffiti on the school wall at around 3:00 am in mid-February. “Your turn is up, doctor,” read one, in reference to President Bashar al-Assad. Another read “freedom” and “down with the regime”.

“We quickly fled the scene,” he added. “The next day people, including the school principal, were dumbstruck by what they saw. It was incredible.”

Soon after, security agency and police vehicles descended on the school to investigate. “Eventually, informants pointed the fingers at us and the security agencies soon raided our homes.” Mouawiya said six of his friends were detained, while he remained in hiding for three days.

Once he believed that the situation was calm, he ventured home at around 4 am to find political security agents waiting for him. He was beaten and verbally abused. He was taken to the police station where he was severely tortured and beaten.

Mouawiya recalled the “hellish and terrorizing” conditions of his arrest and torture. “I was held by the political security agency for around a week in Daraa. I was tortured for four hours a day during which I was investigated through intimidation and threats.”

Their questions focused on the sides that had encouraged the children to write the graffiti. Soon after, Mouawiya was transferred to the political security branch in Sweida and then the Palestine branch in Damascus. There, he said he encountered several children from Daraa who were also accused of writing anti-regime graffiti on the walls of other school and government buildings.

More torture was in store. “After 20 days, we felt that we would die at the underground facility. Then, one day, the security forces eased their torture and changed the way they treated us,” said Mouawiya. The children were informed that Assad had issued an amnesty for them.

“This is a generous gesture from him and you must respect and appreciate it by cooperating with us later and inform the security agency of any person who tries to undermine the state security or encourage protests,” the children were informed by a senior official at the station.

“In other words, they wanted us to work as informants,” continued Mouawiya.

He and the other children were released after some 40 days in detention. Back in Daraa, they were forced to sign a pledge that they would no longer engage in anti-regime acts.

“We were back, but were surprised to witness the heavy military and security deployment at the entrances of the city,” he added. “We were also surprised to see our families gathered at the Omari square as they awaited our arrival. It turned out that a major revolutionary movement was underway in the city and its countryside in wake of our arrest.”

“I was a child at the time and was not aware of the rapid developments related to the revolt that were taking place in Daraa and the province as a whole,” remarked Mouawiya.

The regime soon started to bring in reinforcements and militias to contain the situation. It attempted to storm and strike Daraa al-Balad. It failed in controlling an inch of the city.

In September 2013, military developments were rapidly taking place and the revolutionaries were liberating several military positions from the regime. They managed to liberate areas close to Jordan and the regime started to retaliate with heavy shelling and rocket fire.

“My father was killed in such an attack as he was heading out for dawn prayers,” recalled Mouawiya. “I was 18 at the time and decided to take up arms and join the Free Syrian Army.” He would consequently take part in several battles against the regime and its militias.

In 2018, Daraa came under a total siege by the regime and Russian forces and Iranian militias in an attempt to recapture the city and neighboring villages. Negotiations between local committees and the warring parties led to a ceasefire and an agreement that Daraa city would not be stormed.

The situation would hold until July of this year when the regime again attempted to capture Daraa. Negotiations have again started between the concerned parties, with Russia acting as a mediator. The regime is insisting that the remaining revolutionaries quit the regime.

“I opted for the difficult choice of displacement to opposition areas in the north to avert violence against my loved ones,” Mouawiya said.

“I will continue my revolutionary journey here in the north in the hopes of one day going home that we were forced to quit victoriously,” he added. “I am proud to be one of the youths who were the main spark of the Syrian revolt against the regime that has not spared any method to kill our loved ones.”

“A decade later, I am now 26 years old. I will teach my children how to resist the regime until it collapses and until freedom and dignity prevail.”