Three former ISIS fighters share their stories about how they joined the organization and their stay in Syria to Asharq al-Awsat. 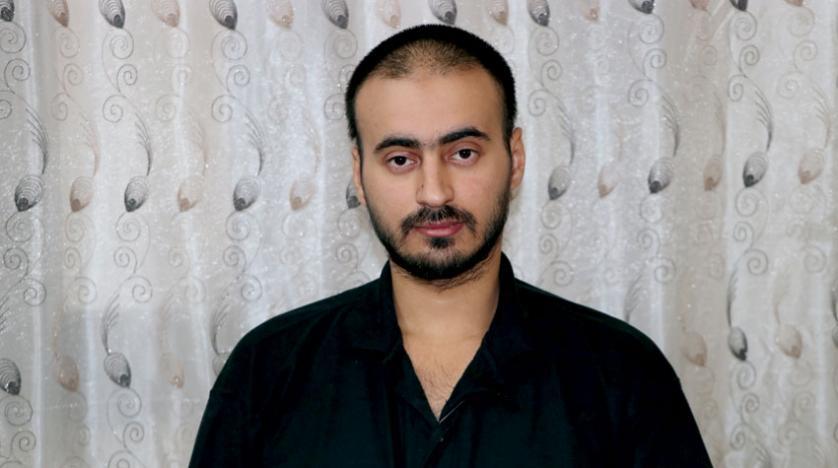 The security authorities of the Autonomous Administration of North and East Syria granted Asharq Al-Awsat permission to interview three former ISIS members, at the anti-terror headquarters of the Syrian Democratic Forces (SDF) in al-Hassakeh.

The three were young men when they decided to join the organization in Syria. They got married and had children in combat. Today, after their surrender and detention, they know nothing about the fate of their wives and children.

A.N. is a German young man, born in 1987. He said he came from a small family, an older brother of two siblings, who had all completed their university studies. His parents, who are still alive, found out about his orientation during his university studies, due to his continuous talk about the “Afghan experience” and the Taliban movement, which fought the U.S. army and the international coalition for years, saying: “I was impressed by the defeat of the Soviet Union, but their project was not as clear as ISIS, who took control of areas.”

The young German man tells that while following the news bulletin in the summer of 2012 and the explosion of the Syrian radio and television building, he heard about the al-Nusra Front, only to know later that it was the Syrian arm of ISIS.

At the end of 2012, he flew to Egypt, from which he completed the trip towards Turkey, and entered the city of Idleb, western Syria, under fake names, to undergo a combat course, and remained there for nearly a year. After the separation of al-Nusra – currently known as Hay’at Tahrir al-Sham – from ISIS, he joined the ranks of the latter and went to the city of Raqqa, which at that time was the organization’s administrative capital.

When asked about the organization’s expansionist wars during 2014 and 2015, he replied: “The biggest enemy was Bashar al-Assad, who was a war criminal, but the conditions of the war dictated a change in tactics and objectives at the time.”

After the battles intensified in Raqqa in the summer of 2017, and the geographic area under ISIS control receded, he went to the city of al-Mayadin in the eastern countryside of Deir-ez-Zor. In the spring of 2019, he surrendered to the International Coalition Forces.

A Tunisian Recruited By His Neighbor

Mustapha (H.A.), was born in 1989 in the city of Sfax in Tunisia but lived in Sousse, which overlooks the sea. He revealed that the famous 3-D game “Counter-Strike” changed the course of his life.

The game featured two teams – a terrorist group and a counter army – while players used to exchange roles.

He recounted that one day, as he was sitting before his computer, and saw pictures and clips showing the Syrian regime’s suppression of peaceful protesters, he said: “My neighbor was sitting next to me, and I asked him: What is happening there? He told me secretly that he intended to travel to rid the Syrians of the tyrant.”

Without the knowledge of his family, the young man traveled with his neighbor by land to Libya and from there by air to Turkey. Then, at the end of 2012, they entered the countryside of Lattakia, western Syria, where the al-Nusra Front had spread. He later went to Aleppo, where he joined ISIS.

Mustapha refused to comment on the killing scenes, but he spoke about his wife, saying: “I love my wife, and I have children with her…and this is a positive thing in my life, as for the rest, I am not content with it.”

He remained in the ranks of the organization until it was defeated in Baghouz. He tried to escape with his wife and children, but they were arrested on February 15, 2019.

For Malik (37 years old), who comes from al-Bab in the countryside of Aleppo, the year 2014 was nothing but a date. That year, ISIS launched more than 100 suicide attacks on his hometown.

He recounted that after the militants of the organization tightened their control over the region, Malik was forced to join the ranks of ISIS to get work.

He worked first in the Court of Justice, then in the local police and combat. He said: “The marriage office offered me to marry a Syrian woman from Aleppo, and indeed I decided to marry her, and I did not marry a second woman.”

He said that he engaged in many battles and witnessed the organization’s losses from Aleppo to Raqqa and Deir Ezzor. He added: “I tried to escape when they were expelled from Manbij, and then I tried in Tabqa and Raqqa, but I did not succeed. I stayed until the battle of Baghouz, and surrendered to the coalition.”