A report by Center for Contemporary Studies identified Iran as the "most dangerous" player in Syria, but claims that Tehran's success in the country remains limited, according to al-Modon. 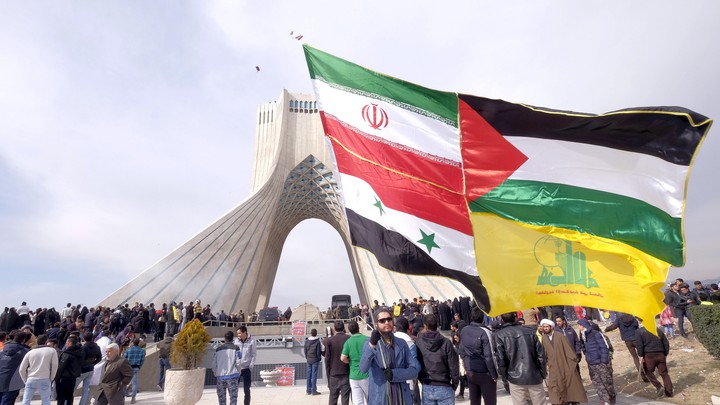 According to a study prepared by the Center for Contemporary Studies, Iran is the most prominent and dangerous actor in Syria, even though its success remains limited.

The study, entitled “Iran’s Role in Reengineering Syrian Society” was prepared by Omar Edlbi, with the help of Amjad al-Maleh and Hazem Baeij. It added that Tehran is “able to influence the regime’s policies and determine its options in the face of the crisis,” continuing that Iran “finds in Syria a place to manage its foreign policy objectives, as well as being a base for political and military messages for opponents and allies.”

The study explained that Iran is considered the most dangerous actor in the Syrian crisis in terms of the Syrian social fabric, its composition, and its cohesion. This is because several Iranian interests are interlinked in Lebanon and Iraq. The study pointed out that Tehran has achieved some breakthroughs in the structure of Syrian society, in collusion with the regime.

Read Also: Will Russia Succeed in Taking Aleppo Airport Out of the Grip of Iran?

The absence of an active Arab and international role in Syria had provided Iran with an opportunity to isolate the state and regime. At the same time, the existence of areas beyond the regime’s control was a serious obstacle to Iran’s efforts to undermine and weaken Syrian society. Iran will not back down from its policies in Syria which, the study found, “are based on influence and penetration into Syrian state institutions and society.”

The report argues: “Iran takes a religious and doctrinal approach, based on spreading Shiism to mobilize support and secure a support base that it can recruit into militias, such as Lebanon’s Hezbollah, the Iraqi Popular Mobilization Forces, and others.”

According to the study, however, Iran’s policies of “spreading Shiism in Syria” have not met with significant success. It explained that the Shiite movement remains limited and confined to a wide range of decentralized areas. In these locations, Iran is “taking advantage of the decline in public services and the poor living conditions of combatants and civilians alike”.

Iran has not yet achieved much success in Syria. These failures particularly apply to plans to relocate from Lebanon and Iraq people loyal to Iran or supporting its political or sectarian orientations to displaced areas in Syria. The policy has failed due to a lack of economic incentives to tempt Iran followers to move.

The study called for action to separate regime policies from Iran and avoid further bloody clashes in Syria. It also recommended hindering the flow of military and financial support to Iran’s militias in Syria.

The report also called for supporting communities under Iranian influence as a counterweight to Iranian penetration there. The report stressed that “getting rid of Iranian influence in Syria will only be successful and sustainable through establishing democratic governance, dismantling the totalitarian authoritarian regime, and eliminating the illegal privileges that the regime has granted to its Russian and Iranian allies.”