Attacks by Iran's militias on U.S. bases around Syria are a way for Tehran to put pressure on the U.S., as part of the Nuclear Deal negotiations, according to Baladi News. 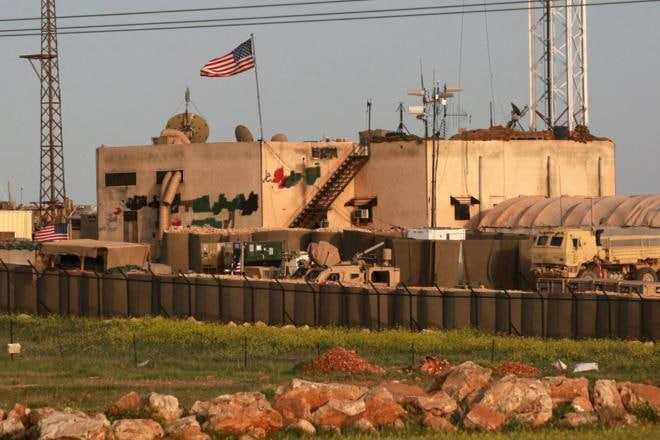 Attacks against U.S. forces, leading the international coalition against ISIS, have become more and more frequent. Most recently, a homemade rocket landed at the al-Omar oil field base last Sunday in Deir ez-Zor, Syria’s largest coalition base. This followed another attack last Saturday when a rocket-propelled grenade landed in the Koniko gas field in the eastern countryside of Deir-ez-Zor.

Pentagon spokesman John Kirby, when commenting on previous attacks in Iraq and Syria, said that his country is deeply concerned about these raids. “They’re using deadly weapons. I don’t know how this cannot be described as a serious threat,” Kirby said.

Firas Allawi, political analyst and editor-in-chief of Syria’s Asharq News website, describes these escalations as means of indirect pressure, with the negotiations in Vienna about Iran’s nuclear position in the background.

In an interview with Baladi News, Allawi said that Iran’s escalation via its proxy militias in Syria reflects the stalled negotiations in Vienna. “The Americans may have set some conditions that Iran does not want to comply with,” Allawi said, explaining that Tehran has therefore sent messages to Washington by directing its militias against coalition forces in Syria.

Allawi adds that this strategy is based on several considerations. First, Syria is a country where no government can be held accountable for the bombings, as it can be in Iraq. Secondly, the groups responsible for the bombings are militias, not regular forces, and Iran will not suffer the consequences of those attacks. Finally, the U.S. response — if it happens — will be directed against militias, and will not target regular military positions far away.

Allawi said the U.S. response will be cautious because Washington is keen to continue negotiations on Iran’s nuclear deal. For the same reason, Iran will not allow its militias to cross certain red lines.

Talks in Vienna to revive the nuclear deal have made some progress overall, but have stalled this week, according to a European diplomat who spoke to AFP.

Abdul Rahman Omar, editor of Syrian affairs at Iran Insider, said that the escalation had followed the U.S. bombings of Kata’ib Hezbollah and Kata’ib Sayyid al-Shuhada in Syria and Iraq on June 28th. These bombings came under direct orders from U.S. President Joe Biden in response to U.S. interests being targeted by drones and missiles in Iraq from Syria. The attacks were aimed at the Ain al-Assad base in Anbar, western Iraq.

Omar said that Iranian-aligned militias have bombed the al-Omar oil field and the Koniko gas fields five times since the last U.S. strike.

He points out that Iran’s militias are simultaneously stepping up operations in Syria and Iraq. The two-pronged attack aims to compel U.S. forces to withdraw, as they did in Afghanistan. This would clear the path for Iran in the region, Omar said.

Omar expects that attacks will increase in the coming period, to pressure U.S. forces to withdraw from eastern Syria, where oil fields are located. It will also pressure withdrawal from Iraq, especially from strategic military bases such as Ain al-Assad in Anbar, Camp Victory in Baghdad, and Balad al-Jawiya base in Salah al-Din.