People in Syria are hoping that the summit between Joe Biden and Vladimir Putin dissuaded the latter from shutting the Bab al-Hawa crossing, Asharq al-Awsat reports. 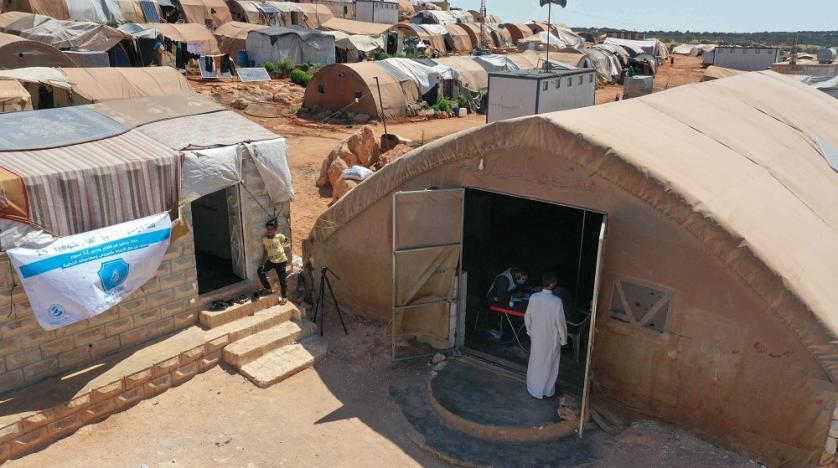 Syrians are eagerly awaiting the humanitarian outcome of Wednesday’s summit between US President Joe Biden and his Russian counterpart Vladimir Putin, and its impact on the flow of aid to several opposition-held areas.

According to the Syrian Observatory for Human Rights, Syrians hoped the two leaders would have discussed the Bab al-Hawa border crossing.

They are also hoping that the 15-member United Nations Security Council would renew resolution 2533, which would allow the aid to pass through the crossing on the Turkish-Syrian border. The mandate for the operation expires on July 10th. A resolution to extend council approval needs nine votes in favor and no veto from any of the five permanent members — Russia, China, the United States, France, and the United Kingdom.

This corridor is considered a lifeline for some three million Syrians in the country’s northwest.

Opposition activist Murshid Khaznawi told the Observatory that Syrians have been neglected and stabbed in the back. After a decade, they are still being tortured, suffering ethnic cleansing and punishment by the “fascist regime in Damascus and its allies,” he stressed. “Now Syrians are threatened to be deprived of their basic life needs and may soon stop receiving UN humanitarian aid.”

“Putin, an ally of (Syrian President Bashar) al-Assad, insists on punishing the Syrians through starvation by closing the crossing through which humanitarian aid, COVID-19 vaccines, and necessary medical supplies enter,” the war monitor quoted him as saying.

The US administration should now prove its credibility to Syrians and the whole world, he stated, urging it to intensify efforts and change Moscow’s position.

The UN Security Council first authorized a cross-border aid operation by UN and nongovernmental organizations into Syria in 2014 at four points. Last year, it reduced that access to one crossing from Turkey due to opposition from Russia and China over renewing all four.

“For countless Syrians, this is a life-or-death vote,” US Ambassador to the UN Linda Thomas-Greenfield told US lawmakers on Wednesday.

She slammed Russia’s efforts last year to close two other humanitarian crossings into Syria – constricting aid at precisely the time the pandemic hit.