The fifth round of the Constitutional Committee is underway, but has been plagued by disagreements, stalling tactics and intransigence writes Baladi News. 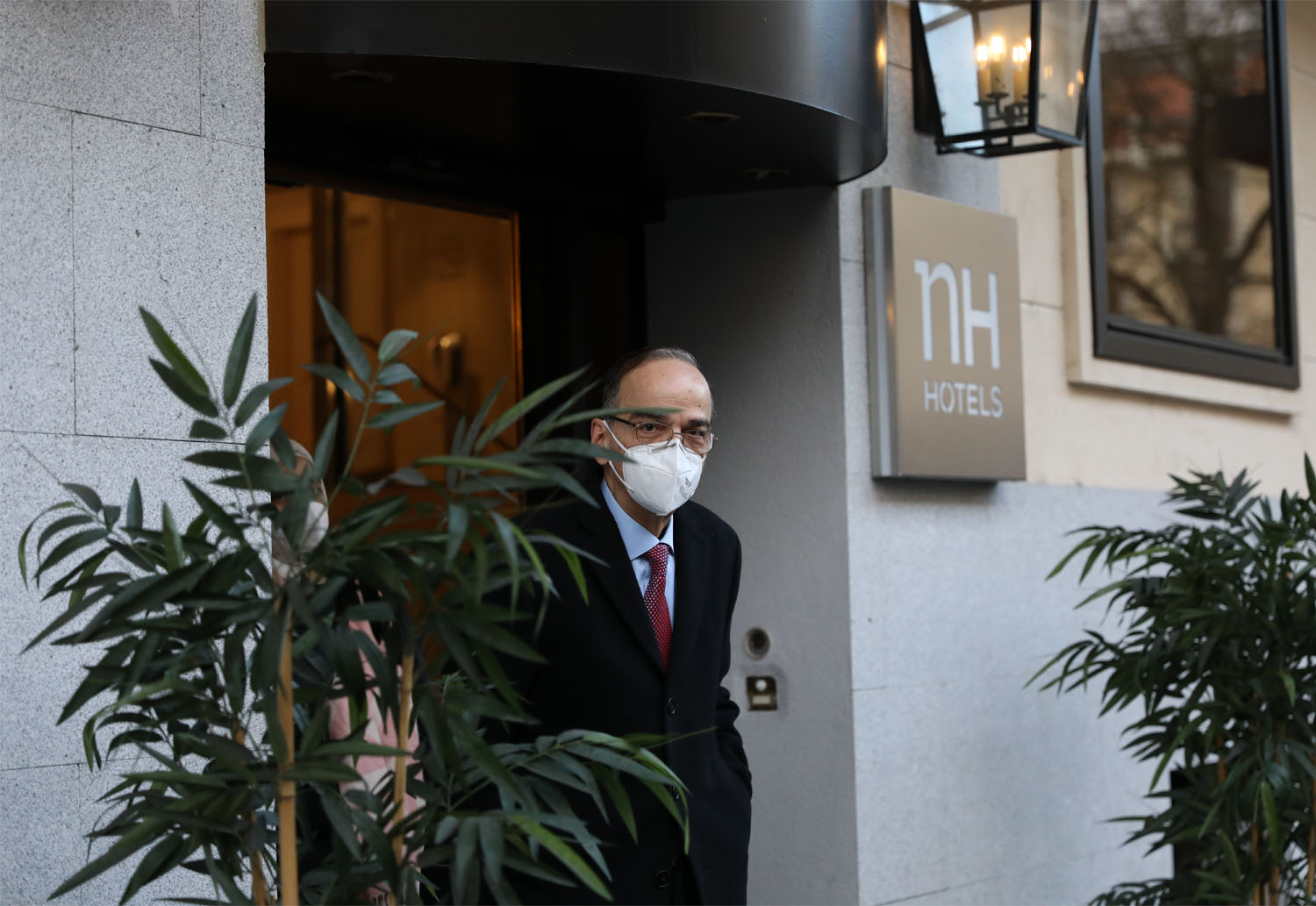 On Tuesday, the Syrian Constitutional Committee resumed the fifth round of discussions in Geneva, with the delegations of the Syrian regime, the opposition delegation, and the civil society delegation present. Discussions are scheduled to continue until Jan. 29, 2021.

Today’s discussions centered around “the basic principles of the new draft of the Syrian constitution, which is part of the constitutional reform process,” informed sources told Baladi News.

According to the sources, the co-chair of the Constitutional Committee for the Syrian Negotiations Committee, Hadi al-Bahra, stressed during Tuesday’s round that the session is “important”, for it will reveal to the international community the positions of all parties towards the constitutional process as a whole. Bahra mentioned those who have been hindering the process and creating obstacles to prevent it from exercising its mandate and accomplishing its mission as quickly as possible.

He said that no negotiation process can succeed without there being two sides who come together to reach a solution that would eventually lead to the absolute and strict implementation of UN Security Council Resolution 2254. Bahra said that it is impossible for the work of the committee to continue if it cannot start exercising its competencies and achieve tangible results within a short period of time.

During the meeting, Bahra stressed the willingness of the representatives of the Negotiations Committee to do the impossible to save the Syrian people — refugees, the displaced, and detainees — and said that the futile handling of the demands of the Syrian people cannot go on.

According to Baladi News’ sources, Bahra demanded, during the meeting, to find alternative ways to enable the Constitutional Committee to accomplish its mission within a maximum of a few months and to activate the political process and agree on other issues, the first of which is the establishment of credible and comprehensive governance for all Syrians, away from sectarianism. He called on the states sponsoring the political process and the UN Security Council to find the proper solutions, and said, “Our people are waiting for results, not empty promises.”

Sources confirmed to Baladi News that the delegation of the Syrian regime focused on, “the danger that occupations create, the exit of foreign forces from Syria, and the lifting of unilateral sanctions.” According to sources, the regime asked the delegations to share their views on the constitution so it can test the waters before starting to draft the constitution.

Sources revealed to the Kurdish Hawar News Agency (ANHA) that the Adana Agreement — an agreement that the Syrian regime signed with Turkey — was discussed during the meetings.

The sources claimed that Negotiations Committee members were the ones who raised the issue first. Discussions centered around the Adana Agreement and whether it is considered a treaty or an agreement. The civil society delegation, which is close to the regime, also made interventions that talked about Arabism as a factor that strengthens national identity.

Sources revealed to Enab Baladi that the delegation of the Syrian regime was the one who brought up the Adana Agreement, in an attempt to waste even more time, in addition to its attempt to create contentions and provoke the opposition delegation so it responds.

The sources confirmed that the regime’s delegation discussed the Adana Agreement and demanded to know whether it can be classified as an international treaty or a security agreement, whether it is public or secret, and the legal differences between agreements and treaties.

On Monday, the Syrian Constitutional Committee began its meetings, with the fifth round of negotiations, at the Palais des Nations in Geneva, Switzerland.

On Sunday, the Negotiations Committee, headed by Bahra, held a meeting with the UN Special Envoy, Geir Pedersen, ahead of the fifth round. Bahra focused on the need to accelerate the constitutional reform process and reach the stage of drafting a new constitution for Syria.

Bahra noted that the only way to put an end to the suffering and pain of the Syrians is to release the detainees, know the fate of the disappeared, and allow for the dignified and voluntary return of the displaced and refugees.

Bahra emphasized the serious engagement and readiness of Negotiations Committee representatives to be positive and put in the effort to accomplish the committee’s mission, which is entrusted to it by its mandate, as a contribution to the political process and for a step towards the full and uncompromising implementation of UN Security Council Resolution 2254.

Demonstrations in rural Idleb and Aleppo

According to reporting by Etihad Press, many demonstrations took place in various areas of Aleppo and the Idleb countryside against the Constitutional Committee. Dozens of people took to the streets in Ma’arrat al-Nu’man, Azaz, Afrin, and Idleb, carrying flags and holding banners that read, “The Constitutional Committee does not represent us and will not represent us,” and demanded the release of detainees in the prisons of the Syrian authorities.