The Syrian opposition is fracturing, amid reports that a new political body will be formed reports North Press. 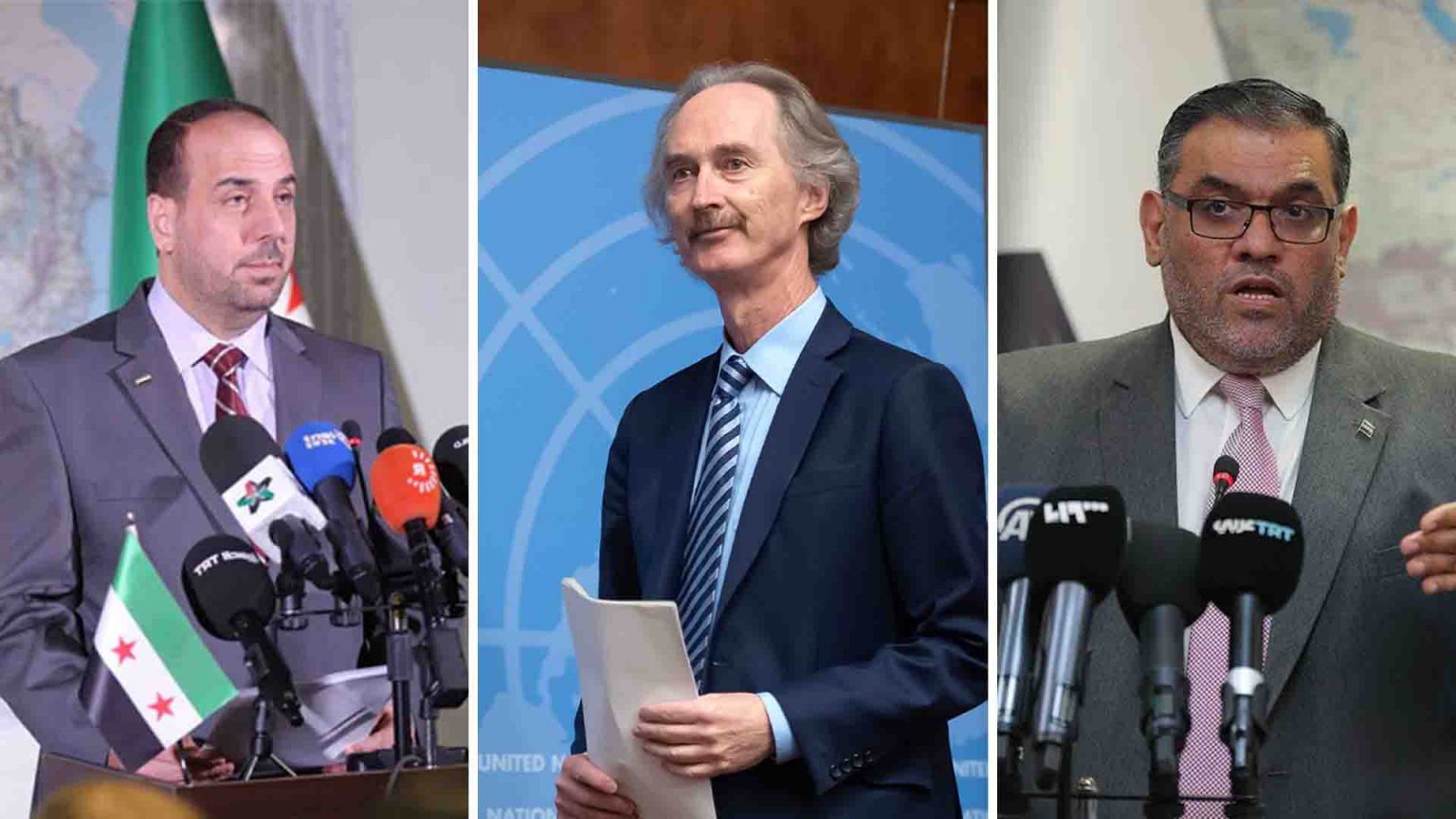 The Syrian opposition has been unstable lately, with the Negotiation Commission failing to hold any meeting for more than a year, amid talks about the founding of a new platform for the opposition, in which the Syrian Democratic Council (SDC) may participate.

Despite what the negotiating body has been witnessing, the Syrian National Coalition (SNC), the representative of the military groups, and the independents affiliated with them held several meetings in which they elected Anas al-Abdah to replace Naser al-Hariri as the head of the Negotiations Commission.

Meanwhile, they elected Hariri to replace Abdah as the head of the Syrian National Coalition itself, a move that was described as game of exchanging positions, which causes the condition of the Syrian opposition to worsen.

The Cairo platform recently replaced its member of the Syrian Constitutional Committee for the opposition, Qassem al-Khatib, with Nidal Hassan and Talid Sa’ib.

These events pushed the National Coordination Commission for Democratic Change (NCC) and both the Cairo and Moscow platforms to send a memorandum to the UN Special Envoy to Syria Geir Pedersen and letters to the Russian, Saudi, and Egyptian foreign ministries.

In the letters, they demanded the halt of the disintegration of the Negotiations Committee, fearing that this would affect the opposition bloc in the Constitutional Committee, which might necessitate stopping its meetings.

Meanwhile, the Saudi Ministry of Foreign Affairs has suspended the monthly payment that it used to grant to the discharged who worked in the Negotiations Committee until they return to work and meetings.

This took place concurrent with political activity by the Autonomous Administration of North and East Syria, which officials saw as aiming to found a new political platform for the Syrian opposition that’s able to express the real demands of Syrians and their basic needs regardless of their class, sectarian, clan, or national affiliation.

Last week, the President of the Executive Committee of the Syrian Democratic Council (SDC), Ilham Ahmad, said that they were “planning to hold national conferences for all Syrian opposition powers this year.”

“We are communicating with all political powers in the Syrian interior and with different powers of the Syrian opposition outside Syria in order to hold this conference,” she added.

“The continued obstruction of the Syrian Negotiations Committee is caused by the obstinacy of the SNC and those affiliated with it from the military groups and old independents,” a knowledgeable source of the interior opposition told North Press.

They want to continue to “control and dominate” all decisions of the Negotiations Committee, according to the source.

The acquisition of political and administrative decisions by the SNC does not serve the Negotiations Committee, and may curb any progress in the work by the Constitutional Committee in the coming phases, the source added.

“It may serve the Syrian government; especially as the Syrian President is on his way to new presidential elections which will give Assad a new period of time to secure new control for a new phase,” according to the source.

“These decisions will lead the Negotiations Committee to the edge of the abyss, and may push the international community and the Security Council to search for an alternative that may have been arranged behind the scenes,” the member of the executive office of the NCC, Abdulqahhar Saud, told North Press.

“The meeting of the Gulf States in al-Ula was supposed to calm things down between Turkey and Saudi Arabia, and reach understandings that might take place regarding the Syrian issue,” he stressed.

It seemed that, “the Turkish insistence through the SNC, of making no concessions, or responding to what was provided by the Coordination Committee and other platforms, prevented this,” according to Saud.

The continuation of the Negotiation Committee meetings and issuance of some decisions regarding the replacement of Qassem al-Khatib, and the acceptance of new names and the failure to respond to the settlement of the dispute regarding the new and old independents, reflects a Turkish desire to continue controlling the negotiation commission, he pointed out.

“What Turkey wants is to continue ruling the Syrian issue, and that contradicts what the West and America want in Syria,” he added.

What is said, “about founding a new platform with some members of the Cairo platform, some defectors from the SNC, and maybe some members from the National Coordination Committee and SDC in order to enter the Negotiations Committee indicates a ready-made issue prepared by some regional and international countries regarding a new negotiation commission,” Saud said.