Syrian publisher and author Riyad Najib Rayyis has died in Beirut, following a battle with the coronavirus reports The National. 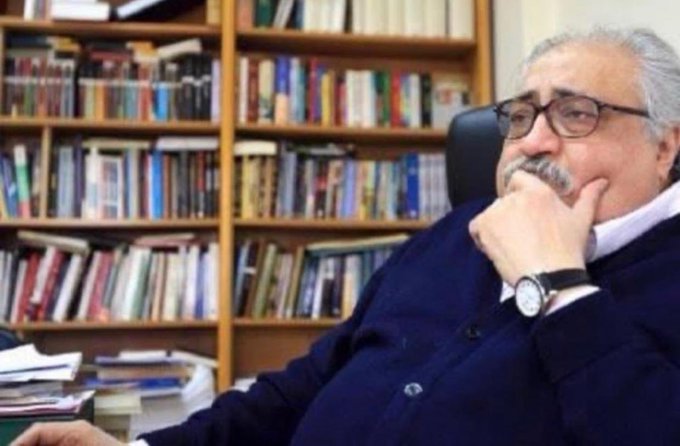 Riyad Al Rayyis, a renowned Syrian journalist and a giant in the Arabic publishing world, has died. The 83-year-old was seeking treatment for the coronavirus at a Beirut hospital when he died on Saturday.

As Lebanese media outlets began reporting his death, many academics and cultural figures from around the region expressed just how important Al Rayyis’s contributions were.

“I’m sad to learn of the passing of Syrian publisher and author Riyad Najib Rayyis,” Sultan Al Qassemi wrote on Twitter. “When I first started reading Arabic books in the 1990s my brother suggested his Winds of Change series. I’m better informed about our region thanks to him.”

Kuwaiti journalist and TV personality, Najm Abdulkarim also expressed his condolences, tweeting: “My friend and publisher, the intellectual Riyad Rayyis has died. He has served culture for more than half a century.”

“Sorry to hear of the passing of the great Arab book man,” retired US diplomat Alberto Miguel Fernandez wrote of Al Rayyis. “I had the honour of meeting him in Beirut 20 years ago. We discussed topics we were both passionate about, including Syria and books. I still have many of the Arabic books he gave me then.”

The eldest son of journalist Najib Al Rayyis and Rasmeh Samina, Al Rayyis was born in 1937 in Damascus. He began his journey in publishing and journalism while a student at the Broumana School in Lebanon. The school was unique mainly because it followed an English programme as opposed to a French curriculum. It catered to the children of middle-class bourgeoisie families from a number of Arab countries.

At the school, Al Rayyis and his colleagues experimented with publishing a number of student-led magazines and publications. It was also there where he and a group of others led a student strike after the headmaster refused to close the school to commemorate the March 22 founding of the League of Arab States.

After graduating from the Broumana School, Al Rayyis travelled to London just as the Suez Crisis was beginning in October 1956. The journalist joined an Arab student association based in the UK and Ireland and soon became the editor of the association’s magazine, the Arab Review. He has been credited with developing the magazine from a small-time publication to one that featured graduate students, academics, writers and intellectuals from around the world.

In 1966, Al Rayyis began working as the Vietnam correspondent for Al Hayat newspaper, which was then based out of Lebanon. The opportunity was given to him by the newspaper’s founder Kamel Mroueh shortly before Mroueh was assassinated in his Beirut office.

Following his stint as a Vietnam correspondent, Al Rayyis began working at the Lebanese daily An-Nahar. “I convinced Ghassan Tueni [the newspaper’s founder] to let me travel to the regions in turmoil in the Arab World,” Al Rayyis is quoted as saying in Jordanian paper Ad-Dustour.

As a journalist he travelled to Yemen in the late-1960s to cover the civil war that was raging between the Mutawakkilite Kingdom and the Yemen Arab Republic. Though Al Rayyis was an active correspondent in the Arabian Peninsula at the time, he also began covering events in other parts of the world. He is also quoted across Arabic media as saying he “was the first Arab journalist” to enter Prague after the Soviet invasion of Czechoslovakia in August 1968.

Al Rayyis moved to London from Lebanon in 1977. There, he established Al Manar, the first Arabic newspaper to be published in Europe. Later, in 1986, he established the famous Riyad Al Rayyis Publishing Company, through which he published a number of works, including his own, such as the Northern Winds: Saudi Arabia, the Gulf and Arabs in the Nineties, A Journalist and Two Cities, and The Eastern Winds.

In 1986, as the civil war calmed in Lebanon, Al Rayyis moved his publishing company to Beirut. However, some 20 years later, according to a typically humble quote in the Beirut Observer, he revealed that he regretted this decision: “I have failed to achieve my journalistic ambitions. I failed to have an impactful role as a writer in the Lebanese press. I was somewhat successful as a publisher. But this doesn’t satisfy me. I am a journalist. Publishing is a way of securing my means of living.