Riad al-Turk has been a prominent figure in Syrian politics for decades, but his alliance with the Muslim Brotherhood has long been questioned and criticised writes Brocar Press. 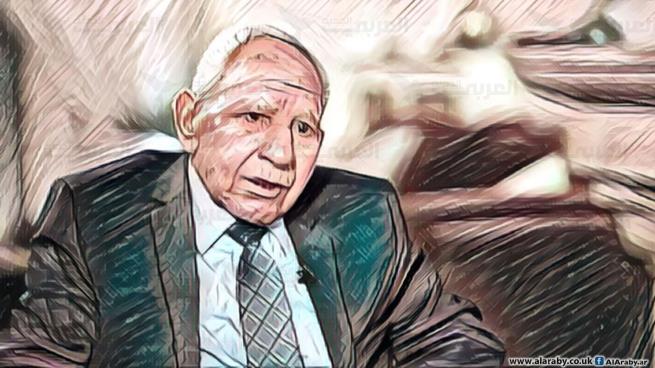 Much like his previous media appearances, this episode has sparked a debate between his critics and his supporters who never cease to accuse whoever criticizes Turk of treason or at least to look down on them as fame-seekers.

The party, which has been historically linked with the name of Riad al-Turk, is described (or describes itself) as democratic and secular, thus, it is but logical that criticism would come from secular and democratic opponents before anyone else.

The party’s members themselves should admit to their failings objectively and boldly, disregarding the power of “names” and the “infallible” character of their figures.

Their leader himself, in his first media interview after leaving Syria, nearly two years ago, called on the party and its allies to make self-criticism and review the past seven years, which did not happen until now.

Turk’s critics mostly denounce him for links with political Islam, specifically the Muslim Brotherhood and his insistence on being their ally, just as in the 2005 “Damascus Declaration”, and after the Syrian revolution under the framework of the “Syrian National Council” in 2011.

In the aforementioned interview, Turk was asked: “Where did the Syrian opposition fail? The People’s Party, in particular.” His response highlighted the problematic issue of the Muslim Brotherhood.  However, he did not consider allying with them as a mistake, rather, he merely had notes to make regarding their performance.

“They did not fully comply with the direction of the popular democratic revolution, rather, they were more focused on their Islamic orientation…Our aspirations over the role of the Muslim Brotherhood were not met. We were looking for them to get engaged as a new force alongside other forces and not as a force driven by external forces,” Turk stressed.

“Their major mistake was resorting to violence and trying to shed light on their group rather than on the movement in its broad form,” he added.

In politics, alliances arise over interim goals or temporary mutual interests, regardless of opinions and ideological differences between allies.

However, flogging a dead horse is a surprising act, coming from an experienced politician like Riad al-Turk who knows his allies and opponents pretty well.

Why is he so optimistic of and keen on the role of the Brotherhood, while they were never sincere in their alliance with him? They turned their back on the “Damascus Declaration” only months after its formation and allied with Abdel-Halim Khaddam to establish the “Salvation Front”, which they also slipped away from in 2009.

Perhaps the circumstances of the revolution imposed the necessity of reaching consensuses to bring the opposition together, which is acceptable. However, what’s the excuse for keeping up with an alliance with the Brotherhood which was one of the reasons for the internal crisis in the People’s Party and its division years ago, noting that the remarks that Turk has made against them were old matters.

As for “resorting to violence”, the Brotherhood and their Salafi brothers were proactive in “militarizing the revolution” and giving it an Islamic ambiance that goes in harmony with their projects.

Also, wasn’t “resorting to violence”, which Turk saw as a fundamental mistake by the Brotherhood, also the vision of the “National Council” and its leader George Sabra, who was a prominent leader in the People’s Party?

The answer comes from Sabra himself. In his first statements to the media after he was elected President of the Syrian National Council in November 2012, Sabra said explicitly: “We want arms,” repeating that phrase for three times in a scene that revealed the National Council’s drift behind the new warlords, including the various forms of armed factions.

That stance has reflected the acquiescence of the components of the Council and its representatives to the domination of Islamists, their politicians, their funders and their fighting organizations, including “jihadist Salafism,” in addition to tolerating the crimes and crises that they have committed against the revolution on the pretext that “overthrowing the regime” was the ultimate priority.

Since the militarization and Islamization of the revolution lead to disastrous prospects, it was necessary to criticize and hold accountable the forces that adopted these policies and supported them or at least went silent about them.

Blaming the Assad regime’s brutality and criminality, the international negligence and regional interventions, is right and critical, but it is not enough to make matters clear and does not absolve Syrian opposition politicians from accountability for their performance during the revolution. The People’s Party and the Muslim Brotherhood are guilty of this.

Meanwhile for Turk, as confirmed by many of his former comrades, he is personally responsible for pushing his party in this direction.

One can’t but respect Riad al-Turk’s journey and his struggle. No one can ignore the gravity and cruelty that the man has undergone from torture and detention because of his opposition, especially the 18 years that he has spent in solitary in the prisons of late dictator Hafez al-Assad. Turk has spent two-thirds of his detention isolated from the outside world, however, his stance did not change despite all this.

At the same time, his history cannot be a barrier in front of every criticism against the decisions and alliances that Turk has made, not even those against his behavior in leading his party, because he is a public national figure and a political leader who can do wrong just as he can do right.

His presence was not only symbolic, but since his release from prison he had played an influential and decisive role, in his party and within the opposition alliances, before and after the revolution.

It is not criticism that undermines Turk’s history, it’s rejecting it. It is not in highlighting his mistakes or admitting them, but in denying them.