To prepare for an outbreak of the coronavirus, a team has constructed, with limited supplies, a medical ventilator that can be used on patients that contract the virus reports Brocar Press. 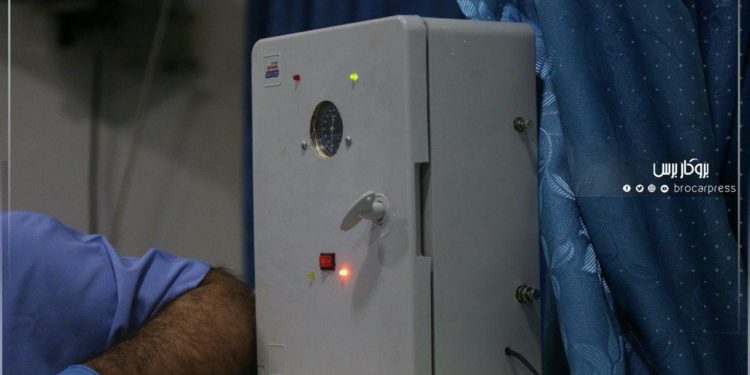 Industrialists, doctors and technicians in the Syrian city of al-Bab, eastern Aleppo, designed a locally made ventilator after conducting extensive consultations with experts, doctors and medical teams.

This comes in preparation to face the novel coronavirus outbreak amid a severe shortage of medical devices in general, and ventilators, in particular, in northwestern Syria.

Speaking to Brocar Press, Ahmed Mahmoud al-Jabali, an industrialist from the city of al-Bab said, “The dire medical condition in the region and the severe shortage of ventilators prompted us to start with the idea of creating locally-made devices that would fill the gap. Perhaps we can provide some help for patients rather than subjecting them to death directly.”

Consultations were held with several doctors, including doctor Ammar al-Sayeh, who agreed to work with them on creating a device with the limited materials available, Jabali said, noting that a radiologist, Professor Jihad, and a mechanical engineer provided them with the needed technical information to build the device.

After several modifications, the team created a “non-digital” ventilator that is sufficient enough to help a patient infected with COVID-19, according to an evaluation by the medical office and the health directorate of the al-Bab local council, as well as a number of doctors.

An electronic engineer who is part of the team, Samer al-Hamwi, says that the devices’s electrical circuit successfully worked and the ventilator was used in four successful operations.

Hamwi said they are looking forward to developing the device so that it could compete with other globally manufactured devices.

For his part, Jabali explains that the team is ready to begin manufacturing, but it still lacks financial support, since the cost of manufacturing one device ranges from 100 to 120 dollars.

He added that their weekly production capacity could be up to 100 devices, however, their limited capabilities is preventing them from starting production.

Doctor Ammar al-Sayeh continues to complain about the weak capabilities of the medical sector that cannot tackle the novel coronavirus.

“Although our team created this ventilator device, the area lacks still sufficient medical personnel to work during health crises, noting that the current medical teams lack the protective outfits needed to work with patients infected with the virus and medical outfits specialized for quarantine,” he told Brocar Press.

The medical sector in the area is suffering from a significant deterioration after it was directly targeted by the Syrian regime and Russia during the recent military campaign in the region.

More than 19 health facilities were targeted during the period between Apr. 28, 2019, and Feb. 5, 2020, according to the Idleb Health Directorate.