Prominent Syrian activist Mazen Hamada has been the subject of a number of rumours, with some saying that he has settled with the regime reports Al-Modon. 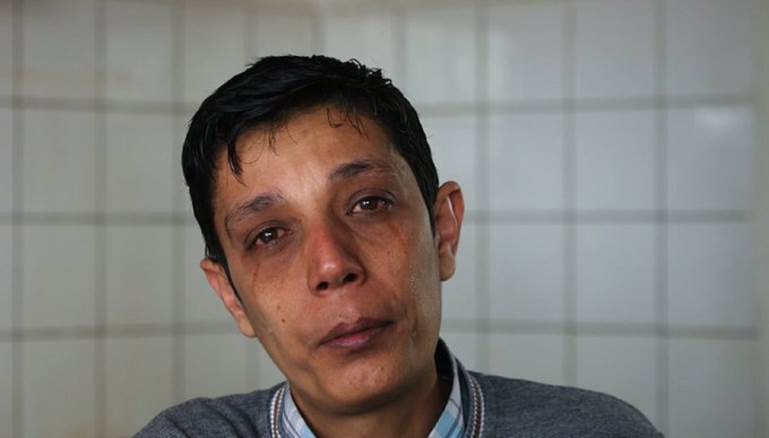 Reports and reactions have been conflicting around the fate of Syrian activist Mazen Hamada after Syrian opposition pages published reports that he’d been arrested at Damascus International Airport after returning to the “embrace of the nation,” in accordance with a settlement that he carried out with the Syrian regime’s embassy in the German capital Berlin, which guaranteed his return in exchange for the release of prisoners from Deir ez-Zor province.

While the reports have not been confirmed, Syrian websites and social media activists published a voice recording attributed to Hamada, who became famous as one of the most prominent regime prisoners to survive and who revealed the torture methods carried out in Assad’s prisons. He spoke about his poor psychological condition, saying: “Don’t talk to me about the revolution. I’m not in the mood. I’m going back to my country. A wound can only be cured by one’s brothers. Soon I’ll go back to my family, and anyone affected by the war, we’ll treat them.”

The recording attributed to Hamada continued: “Don’t talk about psychological situations. Tomorrow I’ll be well in my country. I didn’t do anything. I want to go back to my country. What is there in the West? I want to listen to the muezzin and eat with my family and my people. The regime has nothing to do with me. I won’t go near them. Everyone has played with the blood of our people.”

The recording could not be confirmed nor the date it was made. The lack of information led to rumors spreading widely. The Syrian Revolution Network page on Facebook published a statement condemning regime authorities for kidnapping Hamada in Berlin and forcibly bringing him back to Damascus. Activists also discussed the possibility that Hamada would be forced to carry out an interview with regime media, that would be broadcast on official television, to disavow the Syrian revolution. Others warned that the regime could take revenge on him.

Hamada, 45, has been a refugee in the Netherlands for years. He worked at a French oil exploration company in Deir ez-Zor in a technical capacity and he had taken part in the preparations to try the Assad regime. He appeared in Syrian documentaries talking about torture in regime prisons.

The regime has arrested Hamada three times since the start of the revolution. He was first arrested on Apr. 24, 2011 by the State Security branch in Deir ez-Zor and held for a week. The second arrest was on Dec. 29, 2011, by the same branch, while he was coming back from Damascus, and was at one of the military checkpoints at the entrance to Deir ez-Zor city. This arrest lasted about two weeks. The third arrest was the longest and fiercest, when he was arrested by Air Force Intelligence in central Damascus in 2014.

Hamada gave accounts of torture in The Hague court, and spoke about the conditions of his arrest in the Air Force Intelligence branch: “As soon as we entered, they started beating us with rods. They made us strip off our clothes and stand naked, and of course they tied up our hands. Then we were taken to the investigations building, and then to what they call the aircraft security, which is a dormitory 12 meters long and seven meters wide. We were 170 detainees standing in that space. We stayed there for three months and then they transferred us to the old investigations branch to find ourselves 12 people to a cell, which was no more than two meters long and two meters wide.”

In his testimonies, Hamada said he was subjected to various types of torture, including “striking genitals, using hot oil and boiling water, and extinguishing cigarettes on the bodies of detainees.” Hamada also became prominent as a political activist, publishing videos in which he said he met Western officials to study cases related to the Syrian revolution. But recently he closed his accounts on social media.

While many Syrian activists sympathized with Hamada and his psychological state, others accused him of betraying the Syrian revolution, and called him things like “drug addict.” Others said that he had been a Syrian regime agent from the start, while others talked about him spreading hate speech and incitement against Syria’s Kurds during his years of activism against the regime.